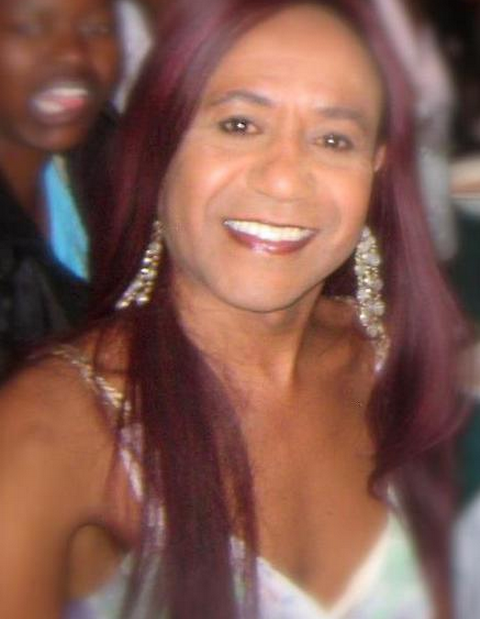 Source The Huffington postsRicky Nathanson,(pictured left) has been detained by Zimbabwe's police, forced to strip naked and charged with "criminal nuisance" for using a female toilet at a city hotel.

48 year-old modeling agency director, Nathanson, from Bulawayo, was seized at the Palace Hotel on Thursday last week, by ZANU PF party youth leader Farai Mteliso who later handed her over to the police.

The reports which only emerged late last week, indicate she was then humiliated at the police station, forced to strip naked, without a court order, so that police officers "could confirm" her gender.

She was then sent to a hospital for "further physical examinations" which determined she was transgender and spent two nights in a police cell before appearing in court Saturday, when a magistrate remanded out of custody and reprimanded the police for their mistreatment.

Farai Mteliso did not attend the court session and a warrant of arrest was issued against the youth with the magistrate warning him in absentia not to interfere with Nathanson.

The Zimbabwe Heald headline "Gay shemale causes stir in court" is just a preview of the transphobic content:

In court, Nathanson’s lawyer Tanaka Muganyi told magistrate Abednico Ndebele that the charges laid against his client were non-existent according to law.

“There’s no crime here. If nothing is done by the State on the next remand date, we will apply for refusal of remand,” said Muganyi.

“The State had indicated that it would further investigate or decline to prosecute because the charge is non-existent but nothing has been done.”

Muganyi claimed that Nathanson had also left his place of residence in Barham Green to an unnamed house because “he was threatened with unspecified action by the complainant within the court premises.”

A warrant of arrest was issued against Farai Mteliso, who effected a citizen’s arrest, for defaulting and Ndebele also warned his friends not to interfere with the trial.

Nathanson, will return to court on February 4 and is out of custody.

Posted by planetransgender at 7:38 AM