Rupaul already despised by the trans community excommunicates himself with 'tranny' 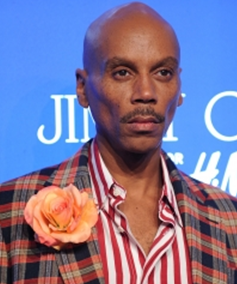 There is sort of a communion within the transgender community, respected by most, even those who don't believe in the umbrella. We have a unspoken credo, do no harm. Even if we are deeply offended or disagree, speak freely but do so in a way that doesn't inflict injury That can be difficult at times because we are in what I see as an adolescence, the CDDTIQA community, transitioning to adulthood, earning respect from one another and in the process the world as a whole.

Arguably, drag queens have a place under the trans umbrella. Most artists are great people but then there's Rupaul.


Rupaul, who identifies as cisgender gay man, said some highly offensive things last week. Clearly, there's no longer a place under the transgender umbrella for Rupaul.

Marc Maron asked Rupaul on his podcast Wednesday about the most recent flare up over gay people saying tranny. I assume Maron was alluding to the Australian transgender community's request that gay men use remove the defamation 'tranny' from "Tranny Bingo" or could it be his unwillingness to learn from Neil Patrick Harris, Lance Bass, and Kelly Osbourne?. Or perhaps his belief that the difference between a trans person and a  drag queen is $25,000 and a good surgeon?. Or could he have been asking in reference to his employer's reaction to his latest transgender defamation?

Whatever. Rupaul went on the attack telling him it wasn't the trans community who are upset over his defamation. It was a 'fringe element' looking to reinforce their 'victimhood'. Rupaul could not have said a single more offensive thing than that.

A clear majority of trans people object to "tranny" being used by cisgender people as our 2010 survey indicates.

"No, no no its not the transsexual community. These are fringe people who are looking for story lines to strengthen their identity as victims."

Rupaul continues "recently my show got into a..these are four people who have a wifi connection sit behind a computer in god knows where and deliberately misinterpret our verbiage and decide we're ah, you hurt me." Then in his best mealy mouth weaselly voice. "We didn't do anything to hurt you that's how you decided to interpret it."

Rupaul having a grand guy old cisgender male privileged time at the JPL.

Yes it is a hard road dealing with ignorance like his. But you Rupaul are by far the most ignorant men the transgender community has ever encountered mainly due to your previous proximity to us. It was just days ago that the LOGO network, you're employer, told you to stop with the defamation and yet here you go again.

Just weeks after LOGO appoligized and pulled the highly offensive 'shemail' episode Rupaul is back at it with all of that defamation:


"Logo TV, which airs the widely popular show, RuPaul’s Drag Race, is distancing itself from comments host RuPaul Charles made during a May 19 interview in which he defended the use of a term some find transphobic and offensive."

My intention is to always come from a place of love, but sometimes you just have to break it down for a motherf%ker
— RuPaul (@RuPaul) May 24, 2014

Rupaul you will not lessen or cheapen our existence. For the record its not four people and no this is not a joke. Granted there are a few within the trans community who claim 'tranny' as something less than detrimental. That is their right. They live authentically 24/7 and pay a personal price for lowering their life expectations, but you Rupaul are not transgender. You are a gay cisgender man who profits from hurting transgender people.

"Derogatory slurs are ALWAYS an outward projection of a person's own poisonous self-loathing" ~ Rupaul Charles.

planetransgender first took this slur to task  in 2009 and was beat on by gay media who interviewed  Rupal who said he "approved of tranny."

Personally I hope LOGO realizes that Rupaul is a liability, incapable of either education or redemption and fires him.


Posted by planetransgender at 10:58 AM