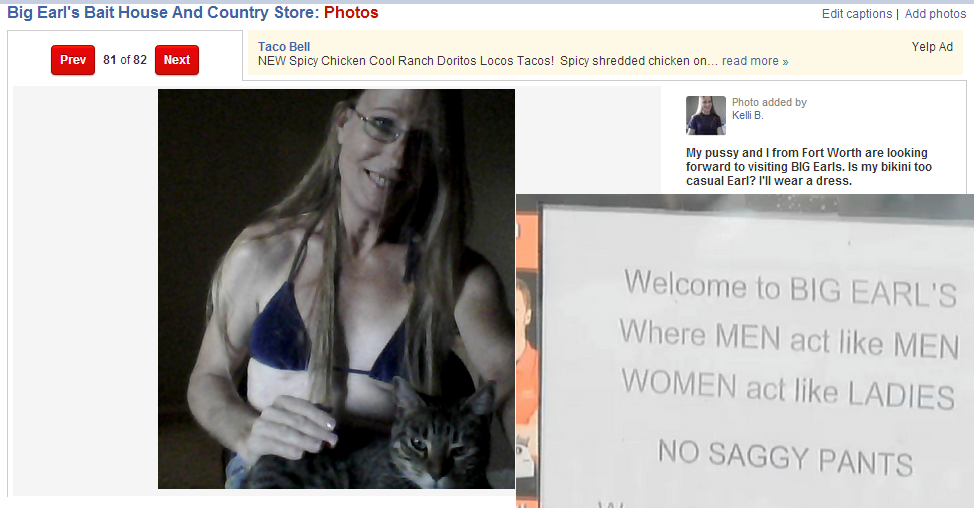 Just a few days ago a couple were told we don't like fags and told not to come back to a east Texas eatery and bait shop. "We don't want men wearing dresses coming here" said Big Earl who owner of big Earls Bait Shop just east of Pittsbug Texas .

If Big Earl was talking about them thar transsexuuals, I guess he meant me. I live in Fort Worth, which is a fairly friendly place so I was taken aback by Earls hostility.

Since then Big Earls has had a total makeover, becoming one of the best known stops for LGBT people in east Texas. Earl says y'all come on down to big Earls. According toYELP and Google reviews the food sucks but you might get a lap dance from the big toothless queen, if you are lucky.


Posted by planetransgender at 7:53 AM