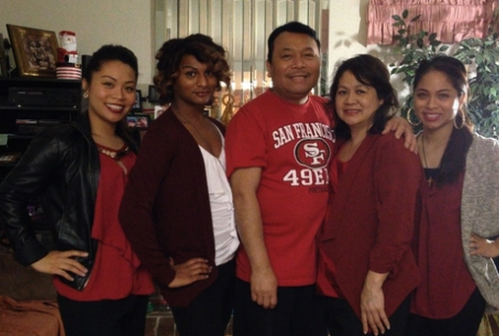 Hercules High school student Jewlyes Gutierrez retaliated after years of being bullied and now faces legal charges for defending herself.
The three girls who attacked including Gutierrez were suspended and latter made public apologies to each other. The school which ignored her initial complaints prior to the fight will be updating it's student guidelines this month, presumably to include gender identity.

The school's district president thought the fight which like the dozens of other fights on school grounds that occur yearly, had been properly handled and a resolution achieved.

But the District attorney does not agree and is pursuing battery charges against Gutierrez.

"There are fights that happen at school campuses every day. What's the real motive here?" he lashed out to the Daily News by phone Thursday.

Of the 21 years he's served on the school board, after previously serving as an attorney, he argues: "I've never seen something where a child has been bullied and, yeah, they did something inappropriate but the school dealt with it."
"They went through a period of apologizing to one another and then going back to school. And then the district attorney filed criminal charges? Wow," he said.

Ramsey said he praises the teen's bravery for turning the situation into a public discussion after bringing the charge's attention not just to the school board — which claims to have otherwise not realized what had been done — but to local media as well.

"This is just a young child who is 16-years-old, already going through a lot of stress," he said. "This is a remedy? Is this the way we want to deal with children?"

If you agree with the the Contra Costa school president and her friends and family that these charges should be dropped there is a petition you can sign.

Standing up for ones self in a fight is nothing compared to speaking about it in front of the school board as Jewlyes Gutierrez did.


Posted by planetransgender at 9:58 AM No comments: