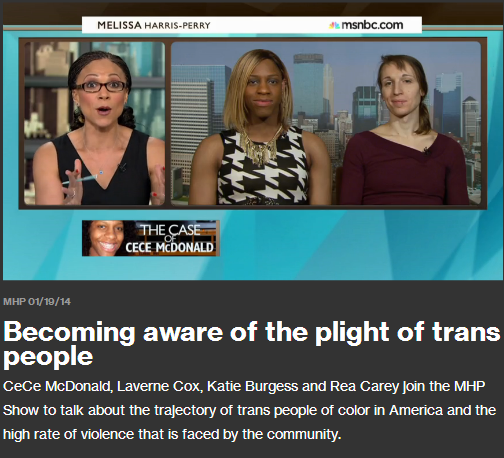 In her first interview after being released from prison for defending herself in a transphobic and racial attack Cece talks about what it was like to be incarcerated in a male prison.


Posted by planetransgender at 8:28 PM No comments: Links to this post 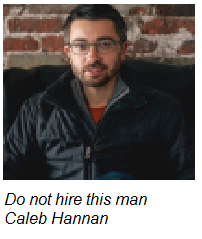 GRANTLAND lurker Caleb Hannan's article about a revolutionary putter seemed at first,a good job of investigative reporting. Hannan a self described golfing enthusiast received one of DR. V's Oracle putters as a gift. Despite realizing statistically his putting didn't improve he was still enthusiastic about the Oracle.

I then went to a public course to try the Oracle on some actual greens. I didn’t make every putt — far from it. But I did seem to sink more than usual. And like McCord, the more I used the putter the more I became its unofficial pitchman. I began to look forward to the “oohs” and “ahhs” from strangers when they would first see me use the club to pick the ball out of the hole. I enjoyed telling the wild story behind the putter’s invention. It turned a normal round of golf into an act of seduction. And it was all because Dr. V’s club had me putting with a lot more confidence.

I was ready to proclaim her an unknown genius with an idea that could revolutionize golf. All that was left to do was make sure the stories about engineering accolades and top-secret defense projects were legit. It was, I thought, just a formality.

Perhaps in hopes of cashing in on a new golfing craze Hannan became a advocate for its new design until...he discovered DR. V was transgender and not a MIT scientist who worked on stealth fighters as she had claimed..

Caleb, apparently in a fit of transphobic rage forgot his promises of confidentiality, the cornerstone of investigative reporting, and outed Ms.V a transgender woman which resulted in her committing suicide. The story would have barely made a ripple without outing her, a fact Grantland was well aware of.

Hannan reveling in the attention tweeted

Not sure what to say other than this is the strangest story I've ever worked on. http://t.co/3x9FXS2dy1
— Caleb Hannan (@calebhannan) January 15, 2014

How about if you said you are sorry for purposely inflicting such unnecessary pain on a fellow human? It would be appropriate if Grantland editors fired you, then you could say, got a job for a lurker? But no, Grantland posted this horrific picture of the Oracle putter in a trash can the same as Hannan did with Mrs. V's life.

Post by Grantland.
Grantland posted this picture to facebook making sure all who read it know how they feel about trans people. In the trash.

The top two comments on the Grantland facebook page sum it up pretty well. 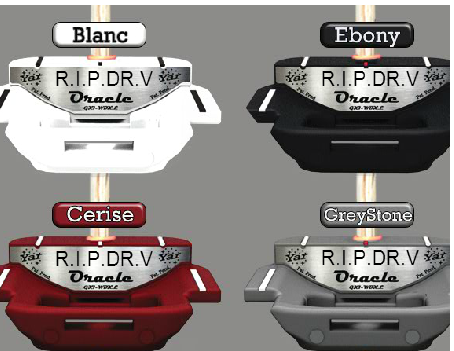 You can still go to DR. V's YAR website  and customize a putter with a inscription if you wish..


Posted by planetransgender at 6:20 PM No comments: Links to this post

Breaking: Ukrainian protesters demanding a end to new Russian oppresion and LGBT propaganda laws. #euromaidan #ukraine #Kyiv Transgender and the rest of the LGB community in Ukraine lives rest on the outcome of these protests after the goverment sold out to Gazprom, Russia's tool for oppression and imprisonment of bordering countries. 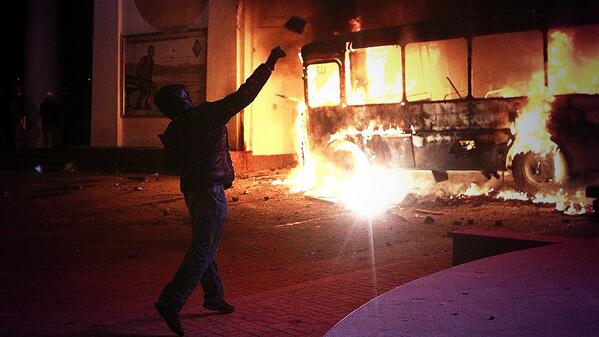 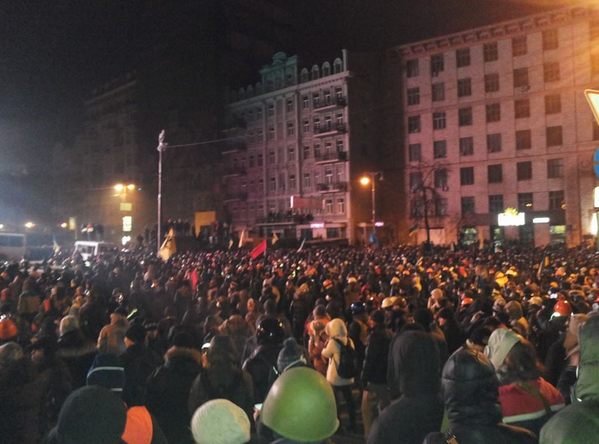 lyalyaHorsky: RT @MaximEristavi The crowd at the standoff looks bigger than the protest inside the barricaded #EuroMaidan pic via @euromaidanhttp://t.c…
Jan 19, 2014, 16:07 UTC 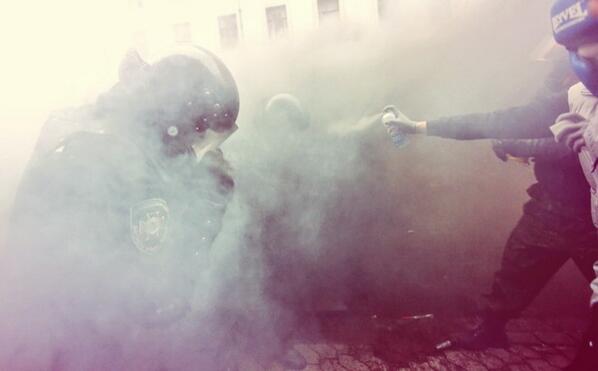 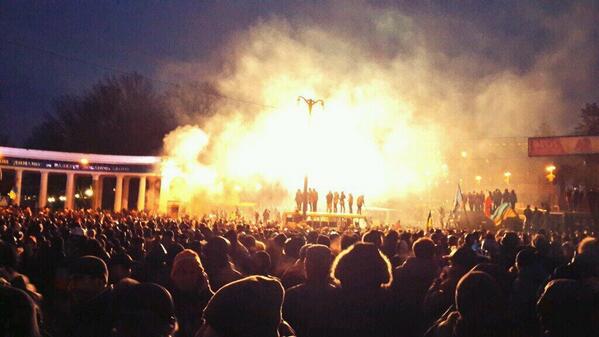 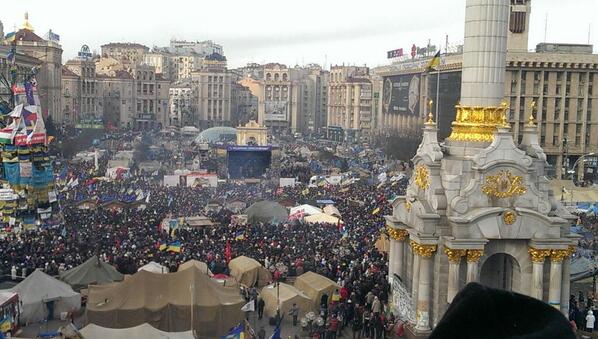 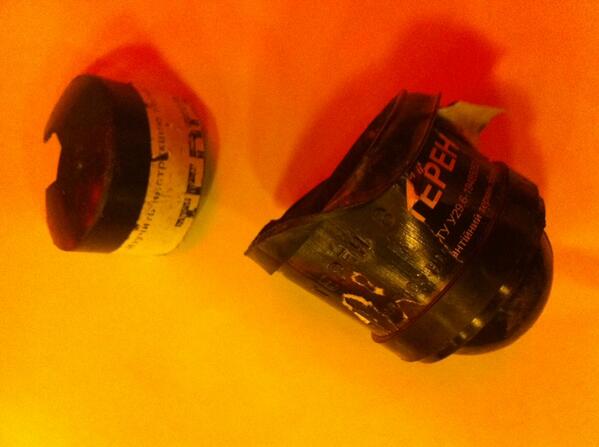 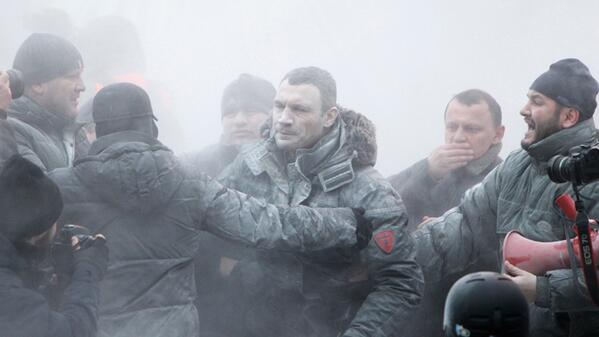 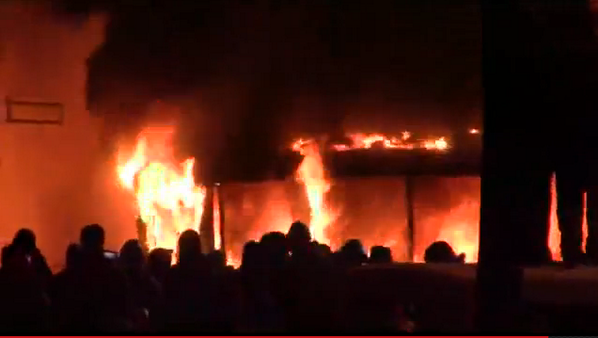 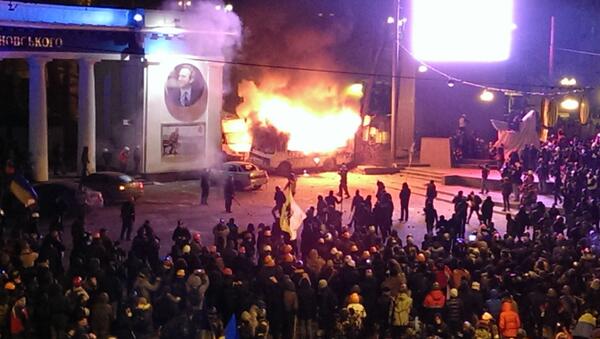 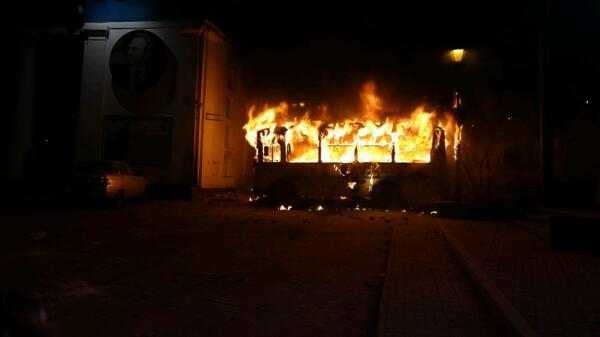 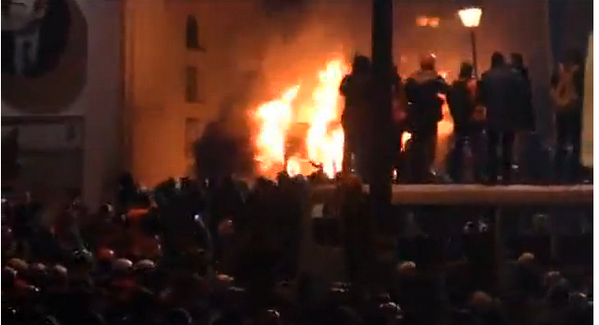 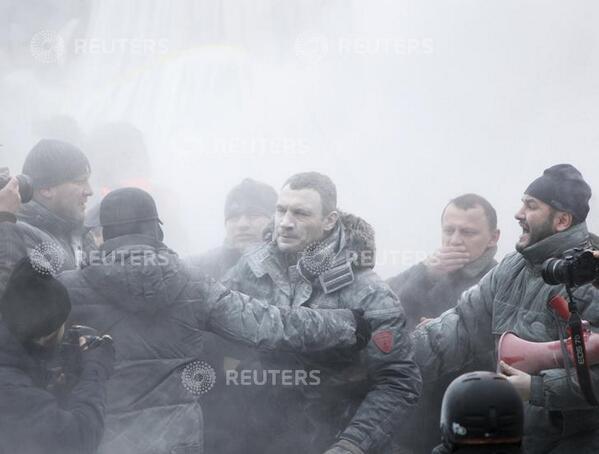 PzFeed: Ukraine opposition leader Vitali @Klitschko after he was reportedly sprayed with a fire extinguisher. Via @nycjim http://t.co/8R8c1dDvqs
Jan 19, 2014, 15:09 UTC 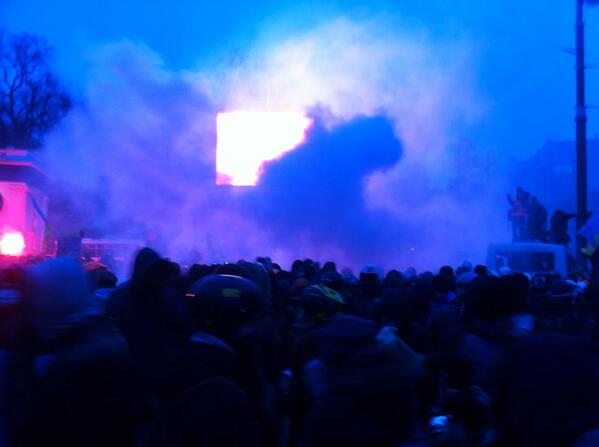 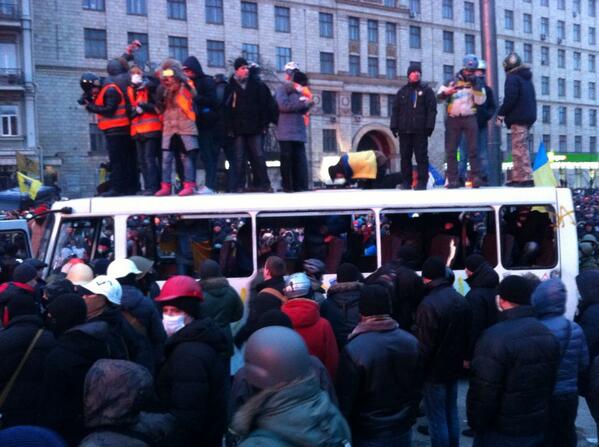 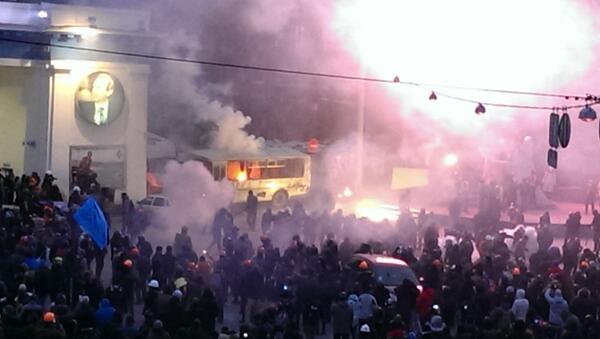 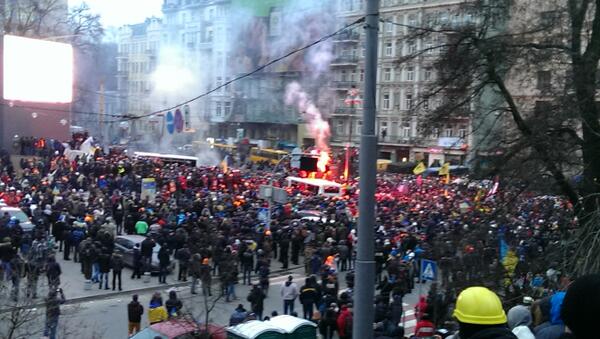 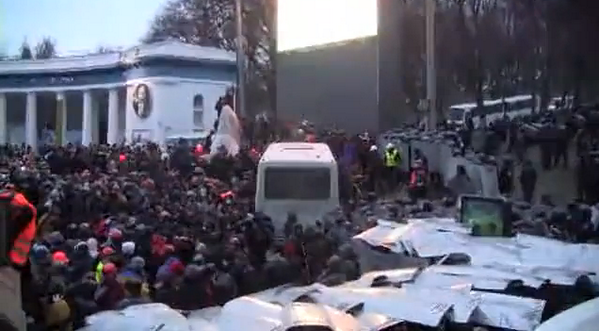 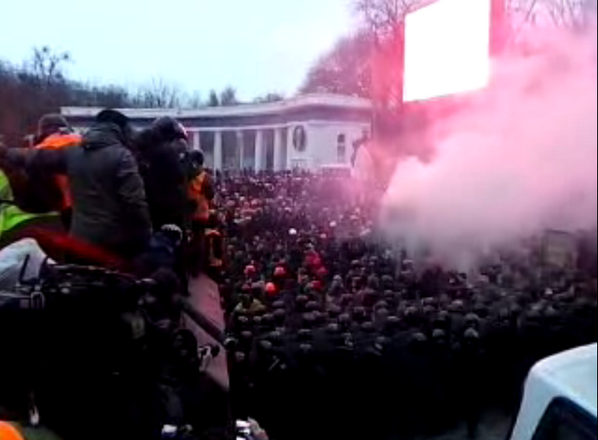 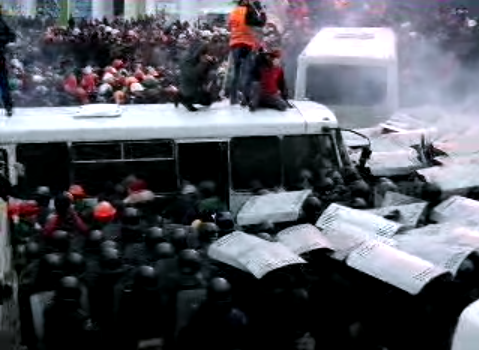 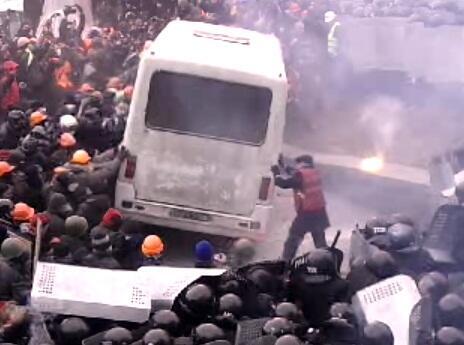 Posted by planetransgender at 10:36 AM No comments: Links to this post

Against Me! Laura Jane Grace on being a trans roll model looks for the same from us. That's Punk. 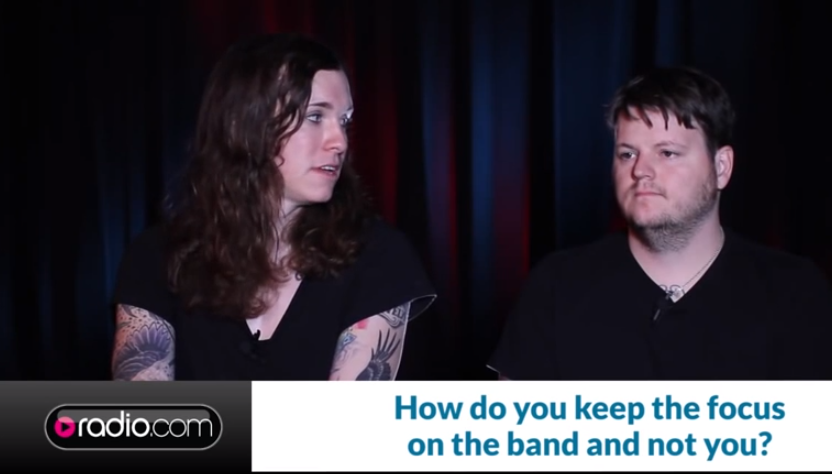 Laura Jane Grace interviewed by Radio.com talks about the experience of breaking away from the security of recording under a major label to produce their own music again freely.

"We did our last two records on a major label and that experience towards the end felt like very stifling in that there were too many cooks in the kitchen trying to tell you how to do your art. So we really wanted the opposite experience with this record, having complete freedom to do what ever we wanted."

"It's been liberating in that sense but it's scary."

As a transgender journalist I of course focus on Laura Jane Grace's transition. It huge in the punk world but the reality is if Against Me! is to thrive there has to be more to the story.

Laura explains For years people focused on their recording with a major label calling Against Me! sell outs. Laura Jane explains "there will always be people like that, now the focus is on something else (for instance her trans identity)

On $10,000 dollars of her most precious guitars being stolen by a moving company "Theirs a special place in hell reserved for guitar thief's. Maybe one of us will earn a place in heaven if we find one of her guitars.

The video I recorded of Against Me! in 2012 3ft from the stage at The Dallas House of Blues. I had never been to a punk concert before that. The word "Punk" just carried too much negative baggage for me to even consider. But I've learned through Laura's transition is that Punk is transsexulism personified in sound in that the commonality we share with cisgender people searching for the same personal truths. Punk easily bridges our differences. Its Punk.


Posted by planetransgender at 9:48 AM No comments: Links to this post