Top Cop transitions to Laura in the most deadly of countries for transgender people, Brazil 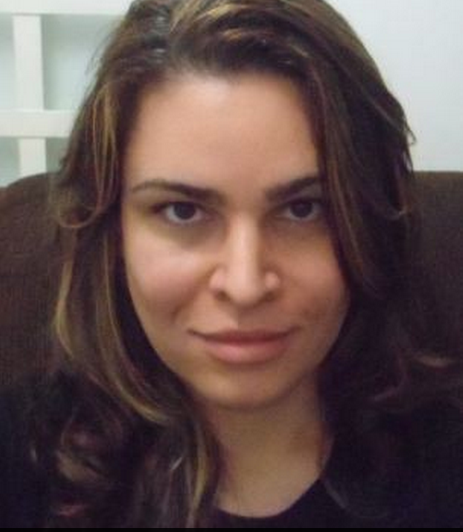 Deputy General Delegate of the Civil Police, Daniel Felipe Diniz Adorni told Globo.com To colleagues, Laura de Costa Teixeira is brave. "We see it as a personal act, hard to do, but we understand as courage. For us, the problem is corrupt, missing police. The case of Laura's no problem, "said Adorni.
He points out that her work has always been valued within the force and that it should not change. "From now on, Laura will continue with the same character of service. Her functional life remains the same, so we did not change anything."

The Trans respect update shows reports of murdered trans people in 26 countries in the last 12 months, with the majority from Brazil (95), Mexico (40), the USA (16), and Venezuela (15), followed by Honduras (12), Colombia (12), and El Salvador (5). While Brazil, Mexico, and the USA have the highest absolute numbers, the relative numbers show even more worrisome results for some countries with smaller population sizes. Honduras, for instance, has a rate of 1.5 reported trans killings per million inhabitants, for El Salvador the rate is 0.71, while for Brazil the rate is 0.49, for Mexico the rate is 0.36, and for the USA the rate is 0.05. In Asia most reported cases have been found in India (8), and in Europe in Turkey (5) and Italy (5).


Posted by planetransgender at 10:13 PM No comments: Links to this post 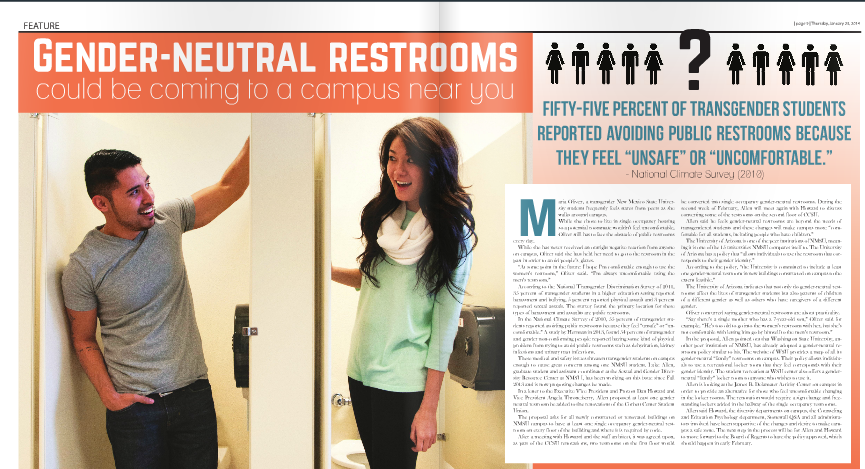 The cover picture the article features two people, of opposite genders, in a public restroom with the female looking surprised maybe terrified, and the male looking agast but well, interested.

While this picture is the best argument for single occupancy restrooms, it's the worst image for those seeking real tran safety. It wouldn't have been surprising to see it on the website of the foes of the California student fairness act, but on the New Mexico University student newspaper?

The picture insinuates that current University transgender students who use the correct restroom according to their gender expression are in fact, presenting as the opposite gender. That image is very harmful to your students, no matter how much fun it was for the cis people pictured.

Further more, it's not 'gender neutral' its single occupancy that the University is pressing for.

Denying transgender people equal access to public accommodations at any level, be it grade school, university or the workplace only serves to other them. This leads to further ostracization and stress as the idea that they are different is pointy made evident, daily not just to them but to all those around them as well.

Single occupancy rest rooms are not an answer. Mutually shared spaces by cisgender and transgender alike builds bonds of social confidence and friendship.

NMS has a trans inclusive policy since 2006 they should take the bold step in including public accommodations.


Why is looking terrified the objective?

Posted by planetransgender at 10:11 AM No comments: Links to this post