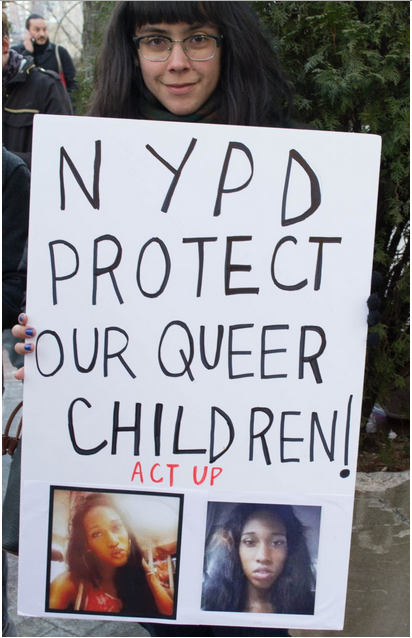 About 150 people including mother Nettles attended the protest at One Police plaza Thursday demanding justice for Islan Nettles. They were braving the frigid cold in protest of the incredibly inept unprofessional handling of the murder investigation which resulted in the DA dropping the charges against the youth who beat her to death, in spite of him confessing to the crime.

The pictures posted here are just a few of those that can be viewed at  Rediscovering NY.com

According to dnainfo people were Chanting "transgender lives matter" and holding signs that said "Justice for Islan," protesters, bracing against frigid temperatures, said they feel the NYPD did not investigate the death well and that the district attorney's office was not doing a good job of prosecuting the case.

"I feel like someone got away with murder," said Delores Nettles, Islan's mother.

She said delays in updating the initial misdemeanor charges against initial suspect Paris Wilson and in collecting evidence and witnesses have led to no one currently being charged or in custody for Islan's death. 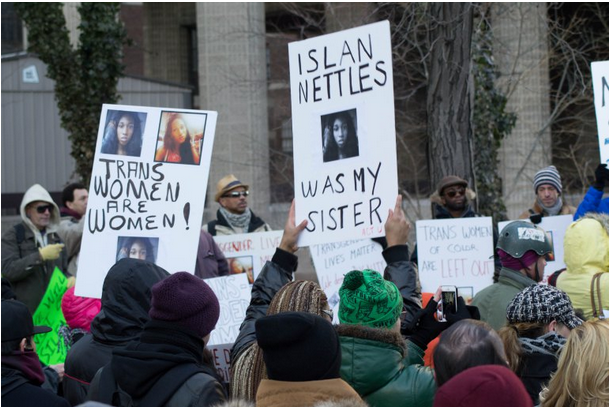 "When people are beaten to death in the street it takes their power away," said Carl Siciliano, executive director of The Ali Forney Center that serves LGBT homeless youth. Islan Nettles had been a client.

"When police fail to take that death seriously it takes away their power," he added


Posted by planetransgender at 7:26 PM No comments: Links to this post

Meet Michael S. Kennedy (R) the Republican wants to look at school children's genitalia. OK, so he wouldn't personally gawk but he wants to have everyone he deems suspiciously gendered certified by a doctor.

Lets not stop there Rep. Kennedy! Why don't we stare at every child judgmentally, to decide if their genitalia should be inspected. You never know these days, there are many trans children using hormone blockers living fully integrated lives, happily with their peers.

This grown man doesn't have anything better to do? And he's a 'doctor'? As first broke by PARKER MARIE MOLLOY at the Advocate....

Well I guess it's pretty much a sure fire way to get reelected in Utah if you prey on trans children. Here's a partial transcript of HB0087: 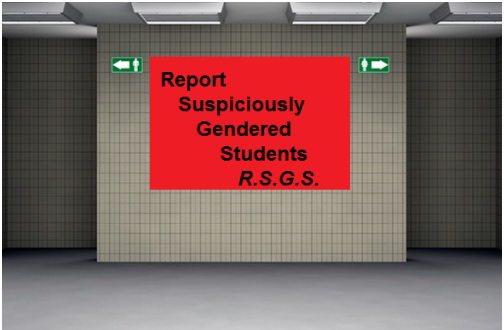 Posted by planetransgender at 1:55 PM No comments: Links to this post

Philadelphia District Attorney refuses to tell all about a transgender woman's murder. WHY?

What happened that December 2002 night as best as we can figure: 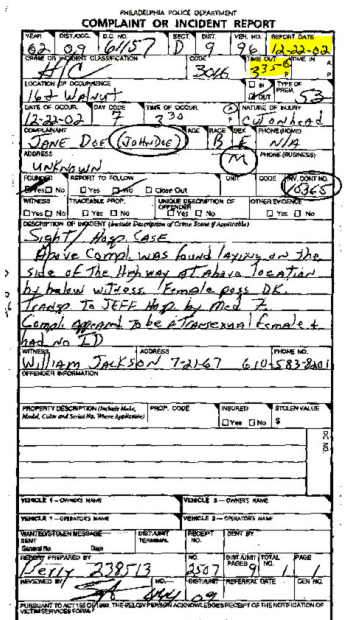 A concerned individual called an ambulance for an inebriated Morris at the front of the Key West bar where she had been drinking. Morris declined the hospital visit instead accepting a courtesy ride from Philly officer Elizabeth Skala. According to witnesses who helped her into the squad car, she asked to be taken her home

Skala gave her a courtesy ride because of her inebriated state but denied she needed help getting Morris into her car and made no mention of injuries in her report.

Morris never arrived at her home.

Officer Skala testified that Morris asked to be dropped off at Chancellor St and S. Juniper St, two minutes distant driving from the bar and 45-minute walking distance from her home. One minute after being dropped off at 3:30am a motorist testified he called 911 reporting a woman she was laying on the street naked from the waist up, bleeding from her head.

The DA has refused to release the 911 records.

Another wittiness testified he saw her body laying in the street at 3:45am. He later said one officer placed a jacket over her face as she was being loaded into the ambulance. The ambulance attendants said they loaded her at 3:30am. The officer on the scene testified the ambulance didn't depart until 3:45am.

Thomas Jefferson University Hospital records state that Morris didn't arrive at the emergency room a mile distant, until 4:13 am.

The Philadelphia police advisory commission second report released 2013 is highly critical of the police actions and obfuscation even putting into quotation marks "lost" while talking about the eight year period the police report couldn't be 'found'.

The police report wasn't made public until 2011 and then only after ordered to do so by the court after the Philadelphia Gay News filed a right know request.

While the commission report doesn't place blame police for Morris's death directly or indirectly, it acknowledges that it can't because the 'highly redacted' information the DA previously allowed them to see was under the condition they wouldn't make it public.

It is just coming to light after reading the second Commission report that the police officers 'were aware of Morris's anatomical sex before they had indicated on their reports".

Without breaking the first commission's review where they agreed not to disclose the DA's finding the second Commission's report is making it clear the officers reacted differently than had Morris been a cisgender female.

Did the police murder Morris? Why did an officer cover Morris's face as if he knew she was already dead, when she was loaded into the ambulance? Did the officers hold the ambulance up making sure that any treatment Morris might have received if she arrived in a timely manner would be ineffectual?

What is the Philadelphia DA scared of? Obviously something because the District attorney of Philidelphia has begun a twitter conversation with me, a practacly unhearlded blogger, on the Sunday racheting it up a notch.

I never said the DA didn't help in the initial investigation, I said you have not released your full unredacted files to the Police advisory commission unhindered by a non disclosure agreement.

I asked why would the DA submited this report, and only after public awareness demanded it, to the police in the form it was.

I said that without the complete unconditional release of the Philadelphia District Attorney's files to the Police Advisory Commision, the murder of transgender woman Nizah Morris and understanding circumstances that led to her death will have lost a crucial opportunity to be resolved.

In essence, the second reconstructed Police Advisory Board agrees with this assessment by writing:

I am asking that Mayor Nutter takes a personal interest in this case. I am hoping that once more that increased public awareness will help nudge the wheels of justice to turn.

Finally, I am curious why the Philadelphia District Attorney feels compelled to ratchet up this conversation with a practically unknown blogger like myself, insinuating that I lied, on the weekend?

The PGN  and other groups are now asking for the state DA to investigate.

I would also like to ask that Mayor Nutter whom I recorded last year at the LGBT Journalist Convo. to throw his considerable political might into solving the Nizah Morris cold case.


Posted by planetransgender at 11:21 AM No comments: Links to this post