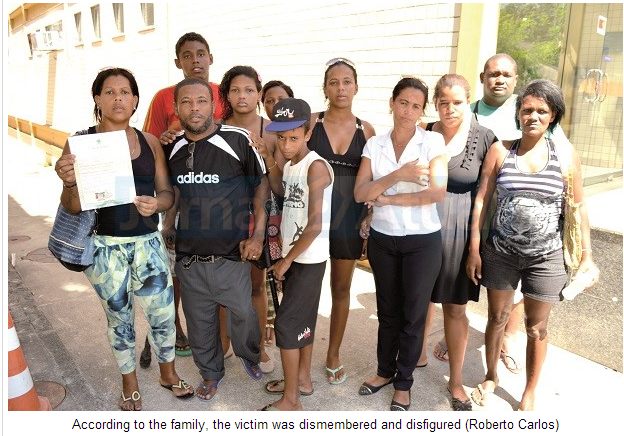 Relatives were horrified to learn that the victim's body was dismembered by confessed killer, captured yesterday by police
CURRENT yesterday published the story of a barbaric crime that occurred in the early hours of Sunday to Monday (27). A transvestite identified as Leticia received two stabs Walace de Souza Silva, confessed killer, who led the police to where the body was, at Avenida Ayrton Senna. But the family of Thifani - not Leticia - told another story, on Wednesday (29), with rebels at heart.
Quartering
Family of Thifani - born Felipe Matheus, who was 18 years old - were the 50 Precinct (Itaguaí) to inform the assistant deputy Luiz Jorge, who were horrified to recognize the victim at the Medical Legal Institute in Campo Grande: the body was dismembered. According to Thifani aunt, Elizabeth Santos, the funeral had to be held with a closed casket because his nephew's face was completely disfigured. Thifani was buried on the afternoon of Wednesday (29) in the Cemetery Father CezariVigezzi (SASE).~ Source


Posted by planetransgender at 4:47 PM No comments: Links to this post 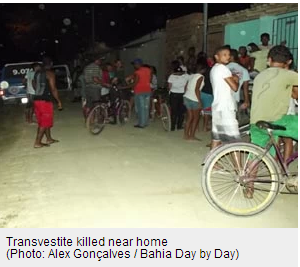 A transgender woman was murdered by two men while talking to a woman at a sidewalk bar nearby house where she lived, police said. According to the agency, the crime happened late on Wednesday (29), in municipality of Itabela , about 690 km from Salvador .

The principal delegate José Hermano Costa Carvalho, infromou the G1 that the victim, 35, was killed around 20h40. "sHe was on a sidewalk, five meters from home, talking to a woman when two men came and participated in the discussion. Few minutes later shot they shot her" he explains.
The delegate also it is thought that the suspects are minors. Police said Marcus lived with an old man who witnessed the action of giving rise to suspicion. The motivation is unknown. The victim's body was sent to the Medical Intituto Statutory Eunápolis (IML). The case is being investigated by the Civil Police. ~ Source
Posted by planetransgender at 4:32 PM No comments: Links to this post