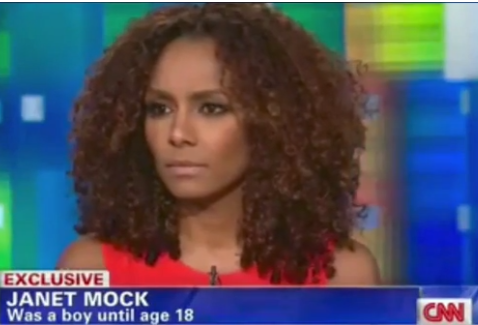 Piers Morgan still doesn't get it.

During the second appearance of Janet Mock, he asked her what was so offensive about inquiring about the "surgery you had to become a real woman." 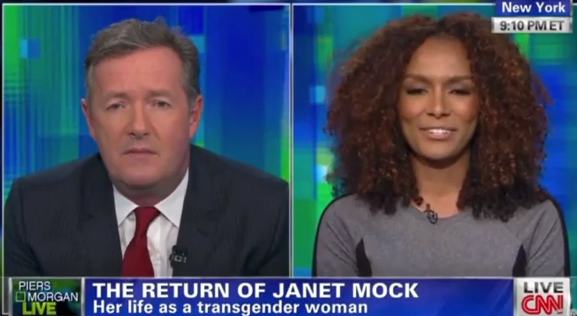 Looking at Janet Mock I see a young defensive transgender woman who has traveled our road less taken. I saw her taking a back seat as Laverne Cox defended her to Katie Couric's earlier invasive questioning of Mocks Genitalia. I'm sure Morgan saw the Couric interview, knew she was a soft target,  but still had the gall to observe in a tweet that she didn't have a problem with the interview while it was taking place, why was she upset now?

John Aravosis defended Morgan posting incredulously "CNN’s Piers Morgan vilified for amazingly pro-transgender interview". Aravosis should read the comment about how he doesn't get it.Maybe he'd get it.

But then the Young Turks don't get it ether at first commenting on Mocks reply during the second interview. "Bad answer I'm on his side." Many cisgender people see transition as a 'decision'. Many as the Young Turks, bless their hearts, dis not get it at first. However, unlike Morgan, they work at it and come to understand it is not a sexual organ that defines a individuals gender. its the innate sense of who you are, the driving force behind transition is not a choice.

The vast majority of trans people come to a point in our lives when not transitioning would be unbearable.

I've supported #LGBT rights vociferously on air for the past 3 years and I'm now the target of the LGBT community's fury/mockery? Pathetic.
— Piers Morgan (@piersmorgan) February 7, 2014

Finally, someone at CNN understands the offensiveness of the banner shown on the first show flashing like a neon billboard proclaiming that Mock used to be a man.

Why didn't Mock object to the line of questioning during the first interview? Maybe like me, I found it problematic, ignorant and ill informed in itself, but Mock didn't know there would be a banner beneath her stripping her of her dignity.
Why doesn't Morgan get that too? Ego perhaps? Sensationalist journalism perhaps. His panel 'of cisgender people debating our right to exist puts a explanation point on his inability to get it.

Not sure at what point this was tweeted or by who at the Piers Morgan tweeted it, but maybe, just maybe theres hope for Morgan yet.

The take away as I see it? Its critical that we remain vigilant and respond as we do to problematic and transphobic media but its equally important we don't seem hyper sensitive inadvisedly making ourselves less visible.