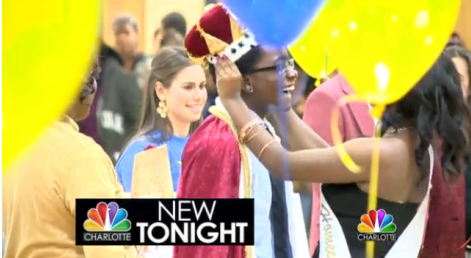 Blake told WCNC "Throughout my life I haven't always been treated equally as a male, so I've always wanted this and everybody has told me I couldn't do it. ‘You are a girl,' even though I've always identified myself as a male," said Brockington.

There were 13 seniors vying for the coveted title as king. Brockington won, collecting the most money for the school's chosen charity, Mothering Across Continents. It's a non-profit organization that funds the building of schools in the Sudan.

Brockington is no stranger to adversity. He says he is living with foster parents because his father is unable to accept his gender identity.

His foster parent, Donald Smith, told NBC Charlotte Brockington has the perseverance to overcome the challenges he faces.

"He really is hoping that it helps those behind him going through the same challenges and struggles," he said.

Posted by planetransgender at 6:39 PM No comments: Links to this post 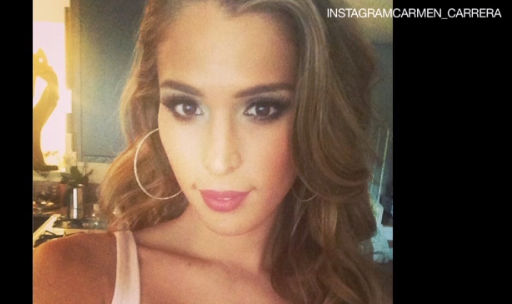 If the world's not ready for a trans woman to be the next top model, thats to bad  because she's already tops in our hearts hearts. Carrera is one glamours woman with style and grace but she wants everyone to know, she's a Jersey Girl at heart.

Carmen told CNN she/'s proud of herself as a Latino and being trans even if some other people didn't like that about her. You go girl!


Posted by planetransgender at 3:30 PM No comments: Links to this post

The Public Interest Environmental Law Conference (PIELC) is the premier annual gathering for environmentalists worldwide, and is distinguished as the oldest and largest of its kind. The Conference historically unites more than 3,000 activists, attorneys, students, scientists, and concerned citizens from over 50 countries around the globe to share their experience and expertise. ~ PIELC website

Many members of the transgender community and people with good conscious are aware of Lierre Keith's views of transsexualism are already protesting, outraged over her selection as a keynote speaker at the PIELC.

Recorded at a 2013 DGR conference a member describes DRG's rejection of gender which to them encompasses transsexualism. This by her own admission is the cornerstone of the failing DGR's agenda for deconstructing patriarchy. 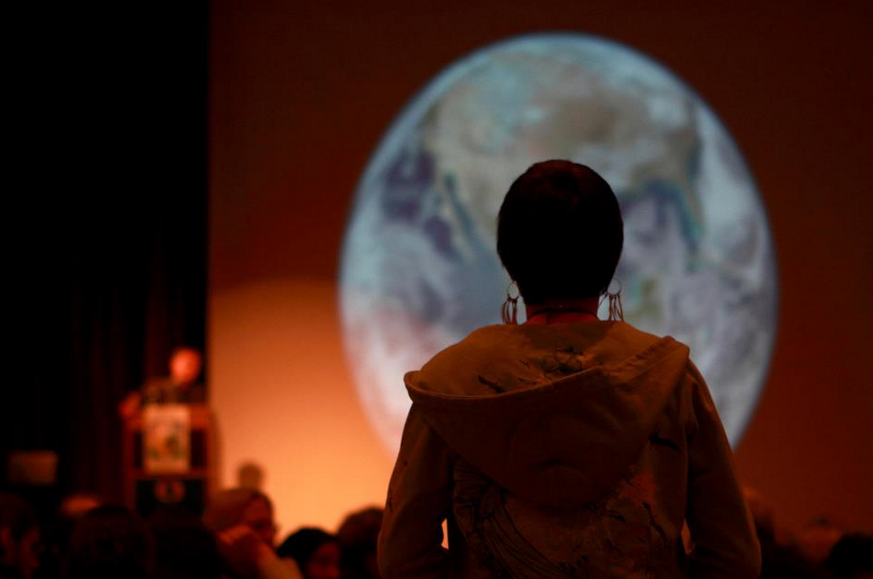 PIELC was aware Lierre Keith's transphobic agenda when inviting her and there seems to be disagreement within the PIELC as whether Keith's invite should stand, as there should be.

The PIELC makes an effort to be inclusive of every other minority, even co hosting a "Civil Liberties" celebration but as their press release indicates they will ignore violence advocated by one of their keynote speakers against transgender people.

Speaking with Gordon Levitte at the PIELC Wednesday I asked him for a statement regarding Keith. He pointed out that although she was invited and listed, she had not yet been assigned a panel as of yet. 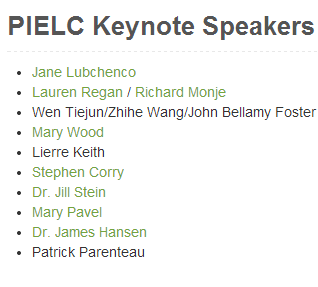 Levitte asked for 'a couple of weeks to respond explaining he couldn't speak for the group. I emailed Levitte questions as he requested but I have not yet received a reply. Should the PIELC respond I will keep my word and publish it. Levitte didn't mentioned that the PIELC had already issued an official statement.

SOURCE Decolonizing Yoga "The cornerstone of Keith's feminism is the that transgender woman are in fact men who pretend to be female while enjoying the benefits of our patriarchal society."

"This is the official public statement regarding Lierre Keith and her involvement in the 2014 Public Interest Environmental Law Conference (PIELC). Any previous statements that were attributed to PIELC or the PIELC Co-Directors were not approved and should be disregarded."

"Lierre Keith was invited to share her perspective on environmental issues and activism. PIELC and the Co-Directors do not align with nor endorse every viewpoint of any particular keynote speaker, and simply seek to further constructive discussion of today’s environmental issues. The Public Interest Environmental Law Conference is a forum to respectfully discuss public interest perspectives on the environment, the law, and environmental law and activism. PIELC is an opportunity for people of differing opinions and viewpoints to join together and find common ground. Any actions that threaten this peaceful discourse will be unwelcome at PIELC and will be met with the appropriate legal response. The PIELC Co-Directors value the safety of our keynote speakers, panelists, and attendees."

"We encourage all interested parties to submit panel suggestions that are relevant to our conference theme prior to February 1."

"Lierre Keith has been selected to give a keynote speech at this years Public Interest Environmental Law Conference. Lierre is a natural choice as a keynote speaker- as an impassioned writer Lierre has forcefully advocated direct action to address our dire environmental crisis for years."

"As an outspoken advocate for radical feminism and a leader of the radical environmental movement, the selection of Keith as a keynoter continues a long tradition of controversial speakers at PIELC."

The cornerstone of Keith's feminism is the that transgender woman are in fact men who pretend to be female while enjoying the benefits of our patriarchal society.

That this set of transphobic values will be promoted in the heart of Oregon the home feminist inclusion is unacceptable.

You have a opportunity to petition the University of Oregon to Cancel Lierre Keith. 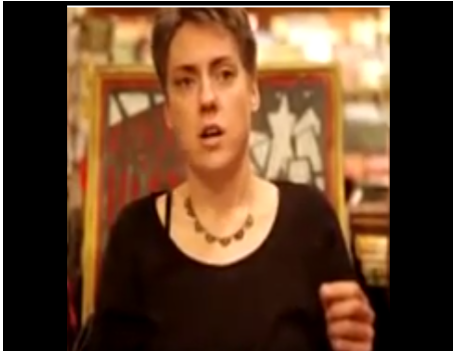 I was censored on this post by Daily Kos for my belief that DGR is capable of violence and was told until I proved otherwise the paragraph stating that would remain censored.

I will now show that DGR has historically endorsed violence, is transphobic and make a argument that they could under duress direct violence towards the transgender community's physical infrastructure or even our own beings.

Aric McBay cofounder of DGR on hier reasons for quiting

14
MAY/13
Off
This is a note I sent to Decolonizing Yoga after their piece on DGR and transphobia was posted.

My name is Aric McBay. I'm the primary author of the book Deep Green Resistance and was (rather briefly) one of the original people behind the organization which Be Scofield writes about on your website.

You mention in your piece that I'm a founder, but what you probably don't know is that I left the organization at the beginning of 2012 after a trans inclusive policy was cancelled by Derrick Jensen and Lierre Keith. Many good people and good activists left the organization for that reason.

I find these transphobic attitudes to be disgusting and deeply troubling, and it bothers me a lot to have any past association with people promoting transphobia.

For me, trans rights and trans inclusion are fundamental to building effective movements and to building a world worth living in. Speaking as the main author of the book that inspired the organization in the first place: they are most definitely my core values.

And transphobia--like racism and sexism and classism and homophobia--is a poison that those in power use to destroy movements and ruin lives. When faced with such poisons, who needs COINTELPRO?

Solidarity between movements is the only hope we have. I would appreciate it if you would mention this as an addendum on your piece, because I want to make it clear to people that I, and the vast majority of radical environmentalists, fully support trans rights and trans inclusion. I don't want to allow a few outliers to drive wedges between movements that can and should support each other.

And you can quote me on that.

""We are aware of some vicious attempts to discredit and undermine Ms Keith’s important analysis of women’s oppression and her fight for women’s freedom; including women’s right to gather and self-organize in women only space. We encourage you to not to be bullied or intimidated by those who oppose Lierre Keith and her fight – our fight – for liberation.""

The cornerstone of Keith's and DGR's feminism is the that transgender woman are in fact men who pretend to be female while enjoying the benefits of our patriarchal society and therefore must be denied "woman only spaces", IE public accommodations.

Source DGR Wikipedia:
"Proponents of Deep Green Resistance encourage strategies for social action that run the gamut from violent to non-violent. DGR's support for violent action (described as a potentially necessary means by which to invoke drastic environmental change) is rejected by many pacifists. Some have called this a potential deterrent to environmentalists who believe in nonviolent activism.[7] In terms of the use of violence, Jensen, Keith, and McBay's strategies all largely center around hard-hitting infrastructural vandalism, such as forcible dam removal, rather than any kind of personal violence."

Listening to DGR's violent agenda against 'soft targets of opportunity" it becomes frigntening evident of the originazations proclivity to commit violence.

It is my experience as a activist that has engaged in civil disobedence that people who allow themselves to resort to the lowest form of communication, violence, are capable of acts of violence in any form.

I am not comforted that DGR the Wikipedia entery. DGR, identified as a core transphobic organization by one of its founders could use this same rational to destroy physical structures associated with gender diversity.

If DGR's views on transsexualism were to be adopted by the greater society, trans inclusive laws would never be enacted and current ones would be repealed resulting in violence against gender diverse people skyrocketing exponentially as would unemployment, homelessness and suicides.

That fear is real. This is why I contend that within the obfuscation of environmentalism the core purpose of DGR is to promulgate rhetoric which would inevitably result in increased violent acts against trans people.

Transgender people are the most victimized minority in the world today and any increase of violence towards 1% of the worlds population would have dire consequences, possibly leading to gendercide. Extermination of trans identity as we see happening in Russia today.

Transgender people are the "soft targets of opportunity" that the DGR is looking for to colece its movement, but that strategy has backfired time and again.

Inviting a violent transphobic group such as the DGR to keynote at the PIELC in the heart of Oregon the home feminist inclusion is unacceptable.

You have a opportunity to petition the University of Oregon to Cancel Lierre Keith's engagment .

Additional reading list for Lierre Keith and DGR regarding transphobia

Missing The Point On DGR's Transphobia and Essentialist Feminism

We want to thank all members of the community that have informed and enlightened us to DGR’s role in promoting transphobia. We deeply apologize to all that were triggered by DGR’s presence. We would like to use this conflict as an opportunity to create dialogue about transphobia as well as other issues around marginalized groups. It is our understanding that this incident is resulting in DGR members having to own up to their views, and that some members of DGR Portland have left the group in protest to these views – we applaud this and stand in solidarity with them.

On Sunday we were pleased to see a successful confrontation take place between concerned conference attendees and members of DGR. A group of about 15 individuals confronted DGR on their perpetuation of transphobia and the need for them to hold themselves accountable as well as the need to hold Lierre Keith and Derrek Jensen accountable. There is a video that documents this confrontation, with it ending in recommendations for DGR members to further their education on transgender issues, and develop a broader gender analysis.

Posted by planetransgender at 11:13 AM No comments: Links to this post