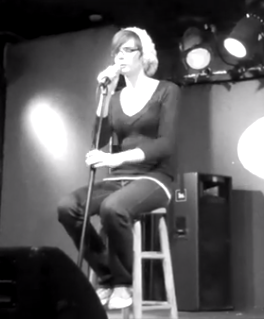 Transgender woman Avery Edison, a UK citizen was remanded into custody after entering Canada Monday. Avery was aware her entrance was problematic, due to her last visit when she left with an expired Visa. But she took the risk because she loves her partner and missed her kittens.

Update, Avery is to be freed say's her partner

Avery had bought a non refundable ticket to the UK for March but that didn't matter to the airport officials. They took her to a male holding facility, putting her into a single cell. Avery was amazed at the airport that the border guards had allowed her to continue tweeting while continually intentionally misgendering, humiliating and insulting her. Those tweets have caused such a internet firestorm she has since been transferred to a female holding facility.

Avery had a lawyer lined up for her hearing but it was put back until later and we all know how crucial it is to have legal representation, especially in these instances where governments are known to sweep people away. Avery is calling out to everyone with a media platform to continue to help making visible this sort of treatment normally invisible.


Here are some of her tweets and her partner who is currently tweeting from Avery's account and his own.

Initial interviewing officer is telling another about my depression, keeps switching he/she. MY PASSPORT IS FEMALE. — Avery Edison (@aedison) February 11, 2014

.@aedison Hearing has been moved to 1:30, so representation is unavail. Trying to find new lawyer now. — rahrah (@rahrahtempleton) February 12, 2014

Received word I may be kept in solitary because I am pre-operative MTF. Predictable, but still fucking terrifying. — Avery Edison (@aedison) February 11, 2014

Shout out to the immigration inspector who smiled and said "have a great time!" as she handed me my marked-up customs form 11 hours ago. — Avery Edison (@aedison) February 11, 2014

Initial interviewing officer is telling another about my depression, keeps switching he/she. MY PASSPORT IS FEMALE. — Avery Edison (@aedison) February 11, 2014

In case anybody is mistaken - I was NOT denied entry because I'm trans. I am not a credible visitor for reasons besides gender. — Avery Edison (@aedison) February 11, 2014

I'll be talking about Avery on Sun News Network at 9:50AM. Glad ppl are still interested in this story, because it's def not over for her. — rahrah (@rahrahtempleton) February 12, 2014

.@aedison Apart from being able to take her home & let the visit proceed as planned, this is the best possible outcome. I'm thrilled. — rahrah (@rahrahtempleton) February 12, 2014

.@aedison Now this is over, next goal is making sure this can never happen again to any other trans men or women. #FreeAvery #AverysFree — rahrah (@rahrahtempleton) February 12, 2014

Posted by planetransgender at 10:40 AM No comments: Links to this post