Transgender woman Vladimir Luxuria detained again at the olympics, this time for a rainbow dress 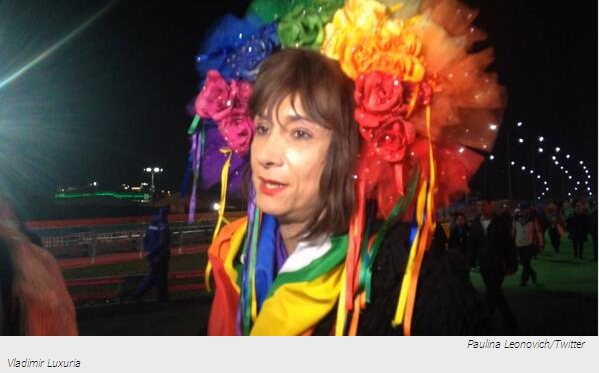 True to her word transgender woman Vladimir Luxuria protested again in Sochi Russia at the winter Olympics. This time she walked around  for hours shouting 'its ok to be gay' in Russian and English. 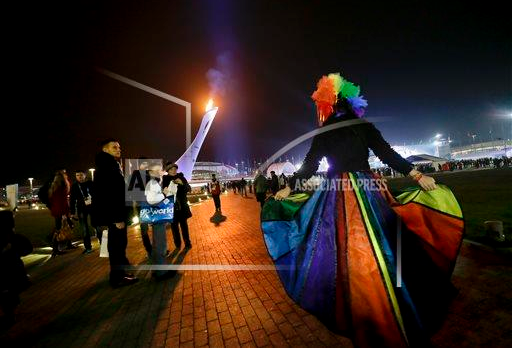 Her actions garnered the attention of some who stood by and watched in disbelief, most likely wondering if it was OK to be gay.

has spent the past two hours cruising the Olympic park with an Italian gay rights activist.Plainclothes men have detained and taken her away
— Nataliya Vasilyeva (@NatVasilyevaAP) February 17, 2014

the photo of Luxuria put in a car with Olympic markings; a uniformed policeman is nearby http://t.co/PPm3pG6NgO
— Nataliya Vasilyeva (@NatVasilyevaAP) February 17, 2014


Luxuria arrived at a ticket inspection barrier at the hockey arena just before an evening game was due to begin. She passed through the barrier and was being given directions to her seat when four men who were not wearing any identification surrounded her and started shouting "take her away." They then led her out of the venue and to the parking lot.

"I was very, very afraid this time because the first time they said, 'It's OK for the first time, don't do it again for the second time.' So, this time I was a little bit afraid," Luxuria said. "But they just left me outside, in the country, there, outside and that's it."

Before she went to the stadium, Luxuria said she did not want to be arrested.

"It's not nice to be all alone in a room with a neon light not knowing what's going on," she said Monday afternoon, but then added it was important for her "to stand up for the rights of lesbian, gay and transgender people all over the world." 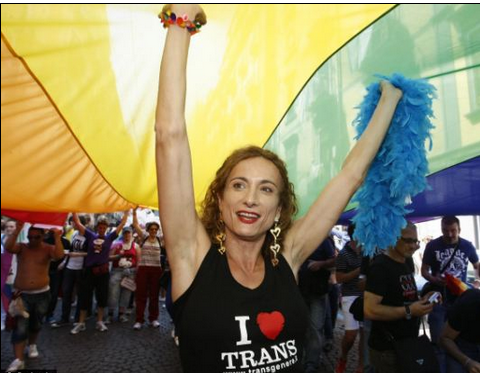 After a swift diplomatic intervention by the Italian government the popular TV personality was freed overnight and vowed to return to the Olympic site.
A spokesman for Italy’s Foreign Ministry told the Daily Mail: ‘Our team worked for her freedom from the very first moment. She was released within 24 hours.’
She was not injured or threatened by the Russian police, the Ministry said.
The popular TV personality, who was an MP in the 2006 Prodi government, was in Russia to interview members of the Italian Olympic team.
Miss Luxuria had earlier declared her intention to protest against the law by wearing drag to an Olympic hockey match to be attended by her namesake Vladimir Putin.

Luxuria told ANSA she plans to attend women's Olympic hockey semifinals Monday between Canada and Switzerland, and suggested she will demonstrate in some way, while stressing she was unsure if it would step over the boundaries of the law against gay propaganda in the presence of minors.

"In any case, I will not go unnoticed," Luxuria said. Luxuria added that she was in good condition, staying in a hotel in Sochi. 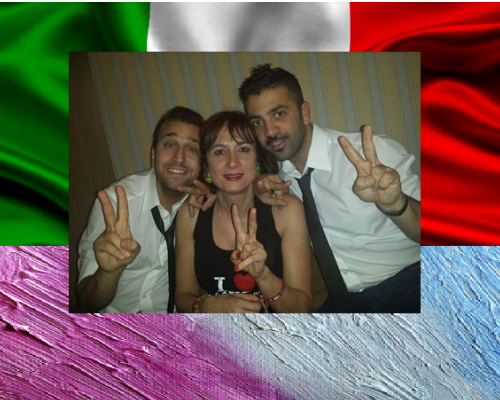 Posted by planetransgender at 11:05 AM No comments: