Another assault on a transgender student at Hercules High 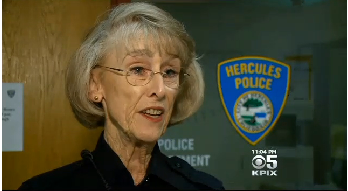 *Update: ABC is reporting the transgender male student recanted his story and has told police there was no attack or rape.

A male transgender student attending Hercules High school was admitted to the hospital Monday after three boys, 16 to 17 raped and beat him in the boy's bathroom. The condition of the transgender student is unknown. No arrests have been made at the time of this posting.

Last November Jewlyes Gutierrez was the only one charged after defending herself against three girls who had been bullying her.

Source San Jose Mercury News: The school's principal, Jennifer Bender, could not be reached for comment late Monday. Last month, 94 percent of the school's teachers supported a vote of no-confidence in Bender, saying she had created a toxic environment for students and staff.

West Contra Costa Unified School District board president Charles Ramsey said the kind of violence alleged in the attack will not be tolerated, and he hopes the subject will be addressed at next week's board meeting.

"It's a tragedy," Ramsey said. "We ... extend our sympathies and apologies to the victim. You hope that he is feeling better."

"Obviously things are running amok at Hercules," Ramsey added. "We have to do better. This is all escalating and starting to accumulate. Really, it's an unsafe environment at the school and a lot of people are concerned. "

"I know Contra Costa from the fact that I went to high school there. Contra Costa is just a much more conservative district," Woods said. "I can't imagine this kid has a whole lot of support out there. Where are they going to get it from?"

Posted by planetransgender at 8:56 AM No comments: Links to this post