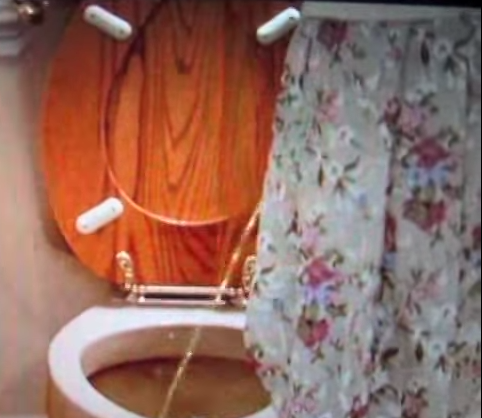 Fox to mock with Mrs Doubtfire sequel? Nico Lang at the Daily Dot thinks its a very bad idea and for very good reasons. The 'jokes' and transphobic  misogyny that FOX cashed in on in the 90's won't be tolerated by our segment of society.

Mrs. Doubtfire came out long before I began transition, but it was during a time of introspection. When I finally did begin transition nearly ten years afterwards the images of Williams in that movie played a part in my life, all bad. Every piece of feminine attire I bought during those years came with the caveat that they weren't reminiscent of the Mrs. Doubtfire image.


Posted by planetransgender at 8:57 PM No comments: Links to this post

There are numerous accounts of what led to a child being imprisoned, without being charged of a crime, in a high-security facility, in solitary and most have one thing in common. They repeat the version told by DCF to validate their attempted murder of this transgender girl.

Yes, murder. DCF tried to incarcerate her with adult men. A transgender child so decimated by the hand dealt her probably wouldn't have survived this ordeal. Obviously, DCF does not respect gender diversity or have a viable system in place to help her.

"No other girl in DCF custody has been endangered in this way. The result, if not the intent, is clearly discriminatory." —Sandra Staub, legal director of the ACLU of Connecticut

What DCF would have you believe:


The transfer was initiated following an incident at the teen’s previous facility in Massachusetts, where she was involved in an altercation with a staff member that temporarily left that staff member blind. Her record bore multiple other assaults on peers and staff at several programs, according to a written statement from the DCF.

"DCF asked for and the court approved a plan to treat this girl as if she were an adult and a criminal, although she is neither." —Sandra Staub

What really happened in Massachusetts in January that was the 'final straw' according to Joette Katz, the Commissioner of the state Department of Children and Families? Source voices on the square:

The teen was arrested at a juvenile facility in Needham, MA, but the assault charge was not pursued by prosecutors. No evidence related to the injuries or the incident has ever been presented. No criminal charges are pending against the teen, who had been placed in the Needham facility by Connecticut DCF. The Massachusetts police report on the assault states that it resulted in “apparent minor injuries.”

Although 'blinded” the staff member in question wrote a narrative about the incident 35 minutes after the incident.

Before DCF sent the teen to Needham, she was arrested for assaulting a "safety officer" at the Bridgeport juvenile detention center and committed to DCF as a juvenile delinquent. The judge who signed the order transferring her to York agreed with the DCF assertion that she was "a danger to herself and others."

DCF responding to public outrage have acknowledged the child may not be in the best environment, but offered no plans to remove her anytime soon from the York facility.

Unloved and uncared for by drug addicted incarcerated parents, raped by DCF facility staff Jane Doe talks about what happened to her. This affidavit that will be presented in federal court as advocates appeal her incarceration at York.

Commissioner Katz says she has received hate mail since Jane Doe was imprisoned. She says the criticism she endured is "abusive" especially since of her recognition of these issues when she was on the supreme court before it was fashionable to do so. Katz says anyone who says she has targeted Jane Doe because of her being transgender is insulting and wrong and should stop.

What can we do? You could email Commissioner Katz commissioner.dcf@ct.gov and call her office at 860-982-9600, but please remember as outragous as this is to keep it civil.

You nan also sign a petition calling for her release from York.


Posted by planetransgender at 5:58 PM No comments: Links to this post 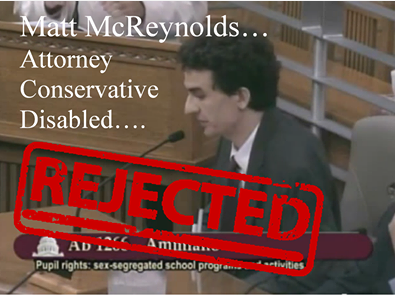 "Privacy for all students" posted this picture on their facebook page of the lead referendum attorney from the Pacific Justice Institute(PJI). The PJI is an active hate group according to the Southern Poverty Law Center.

SACRAMENTO, Calif. (AP) — A judge in Sacramento has ruled that elections officials in 30 California counties do not have to turn over records that would help supporters of a failed ballot referendum challenge the invalidation of thousands of voter signatures.

Superior Court Judge Timothy Frawley on Friday granted the state's request to quash subpoenas issued on behalf of Privacy for All Students, which sought to repeal a new law that spells out the rights of transgender students in public schools.

Relying on counts submitted by county offices, the secretary of state determined in February that the group was about 17,000 signatures short of the number needed to qualify its proposed referendum.

The state argued that the referendum's supporters were entitled to review the discounted signatures, but that supplying copies of the detailed records they requested would violate voters' privacy.

Privacy for All said it plans to appeal. Source SF Gate. The PJI also said they will continue to waste taxpayers money in their effort to strip students of their rights.