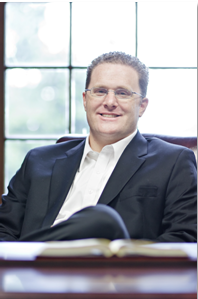 The southern Baptists are no different than any other hate group, they must have someone, or some group to focus on to remain viable.

This weekend they will gather in Baltimore Maryland to decide to what extent they will mask their contempt of transgender people..

A lot of people will say, who cares? He's just another evangelical hate filled religious demagogue?

Members of Baptist churches account for one-third of all Protestants and close to one-fifth of the total U.S. adult population. Baptists also account for nearly two-thirds of members of historically black Protestant churches. ~ Pew Report

Chances are good your employer is a Baptist or is affected by the attitudes of Baptists. So, my friends say, the work place is different. Company's have employment protocols? Yeah. Please do not kid yourselves. Religious beliefs always trump corporate policy overtly, if not openly.

What got this Denny Burk so worked up? Laverne Cox Time cover. He even featured it as proof of the transsexual menace. 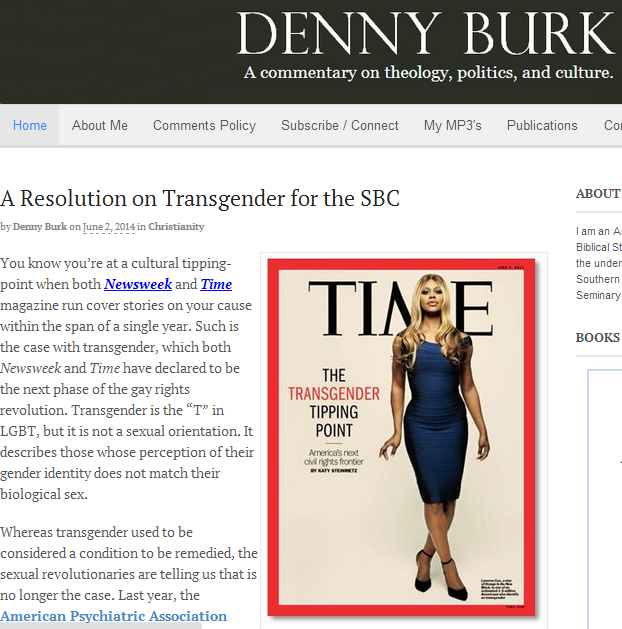 After reading all the 'we love our transgender friends if they accept our god and ask for his forgiveness for their brokenness' bullshit we come to the real 'pastorial love' of this haters wishes.


The Employment Non-Discrimination Act (ENDA) has at different times seen majority support in both houses of Congress and would make it illegal for employers to make personnel decisions based on gender identity—a measure that would restrict the religious liberty of Christian employers (SIC) to hate.

Denny Burk's Resolution on Transgender for the SBC to be presented at the Southern Baptist conference June 10th will ask that they....

,,,continue to oppose steadfastly all efforts by any court or state legislature to validate transgender identity as morally praiseworthy and be it further

.....commit ourselves to pray for and support legislative and legal efforts to oppose the Employment Non-Discrimination Act and other legislation like it that would give gender identity the same legal protections as sex and race; and be it further

....That we call upon all judges and public officials to resist and oppose the efforts to treat gender identity as a protected class; and be it further

....That we oppose all efforts by media and entertainment outlets and public schools to mainstream transgender identity in the eyes of our children; and be it further...

On and on and on ad nauseum. I get it.. You are filled with hate and now that killing the gay agenda is a lost cause you're coming after us.