Protest at Crews Inn Dallas a show of UNITY 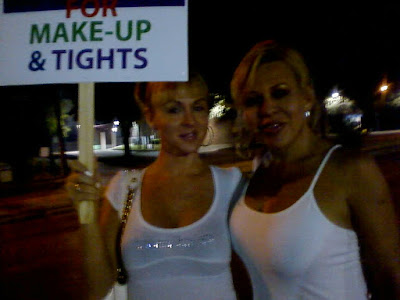 July 24th 2008 was another of a dozen 100+ Texas scorchers turned frigid 90 deg. evening. The dozen protesters gathered together to support the two "drag queens" David Moore, co-owner of the Crews Inn, described as offending his clubs ultra high moral standards were flabbergasted to meet Celeste(R) and Sierra(L) the "offending" transgender woman.
I had attended this protest as because I wanted to support a part of our culture and stand up for "Drag Queens", well honey I struggle by with only 1/4 of the charms of these gals! 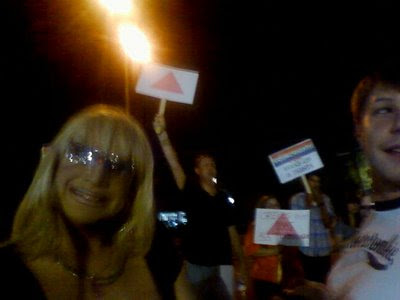 This show of support quickly became a matter of passion as we began to know our lady friends and listen to the sincerity in there voices. 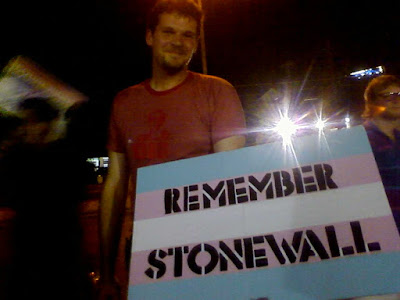 The shouts from our community turned many around as they walked towards the Crews Inn entrance. We became more emboldened as our community waved and happily walked over to ZIPPERS where owner John Miles welcomes everyone, even on Trashy Tuesday! 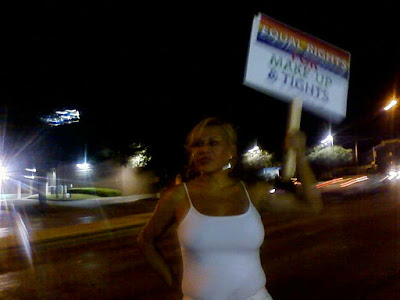 We have decided to return to our little stonewall on Tuesday until such a time as the offending words are amended and reconciliation begun. As Michael Doughman Director of the Dallas Tavern Guild noted, "I have never known David(Moore) to be prejudiced toward any group of people, so I can't imagine that it is just because they are guys in drag." 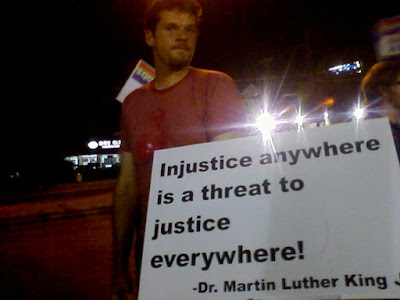 Daniel Williams, operations Director of the Dallas Peace Center composed his signs from his heart and they best represent the "back story".
Among our group of protesters were Straight allies, Lesbians, Gay men, Transgender and MANY members of HRC. These HRC members did not come to grandstand or steal the spotlight. I did not even known they were HRC members until I asked them.
This is Indeed is a community solid in commitment, willing and able to sacrifice for the common good.