Soulforce and Atticus Circle, the sponsors of Seven Straight Nights for Equal Rights 2008

(Austin, TX) - There's never been a more exciting time for straight Americans to take a stand for their lesbian, gay, bisexual, and transgender (LGBT) friends and neighbors. That's according to Soulforce and Atticus Circle, the sponsors of Seven Straight Nights for Equal Rights 2008, a project that will spotlight straight Americans' support for equality over the week of September 14-20.

In 2007, the project's inaugural year, a week of nighttime vigils lit up 36 American cities in 25 states, providing unprecedented visibility for fair-minded straight people.

This year, Seven Straight Nights events will again provide a unique venue for straight Americans across the nation to express their support and hone their advocacy skills - now, amidst a changing cultural and political landscape.

According to a recent Newsweek poll, 57% of adults believe that gays and lesbians should be allowed to marry or form civil unions, up 10% since 2004. In addition, a July 2008 Washington Post poll found that 75% of Americans now support allowing gay and lesbian soldiers to serve openly in the U.S. military.

"We can feel the momentum of change, yet we know that much more must be done to protect our LGBT friends," says Jodie Eldridge, Executive Director of Atticus Circle and a straight ally. "Ironically, this year's divisive ballot measures provide ample opportunity for straight and LGBT Americans to find common cause."

The measures on the ballot this fall include Florida's Proposition 2, which would inadvertently affect the state's straight seniors, many of whom form domestic partnerships rather than remarry after they are widowed in order to keep essential benefits. And in Arkansas, a proposed ballot measure would ban all unmarried couples, gay and straight, from fostering and adopting children, thus harming children and potential parents.

And by providing straight-organized and headlined events all across the nation, Seven Straight Nights seeks to create an empowering experience for straight Americans who believe that everyone deserves to be treated fairly, but have not yet taken a public stand for LGBT equality.

Atticus Circle and Soulforce are currently seeking straight people who are interested in organizing a Seven Straight Nights event in their communities. For more information, visit www.sevenstraightnights.org

Atticus Circle is a national organization that educates and mobilizes fair-minded straight people to advance equal rights for LGBT partners, parents, and their children.

Soulforce is a national social justice organization that advocates freedom for lesbian, gay, bisexual, and transgender people from religious and political oppression through the practice of relentless nonviolent resistance.
Posted by planetransgender at 2:26 PM No comments: Links to this post 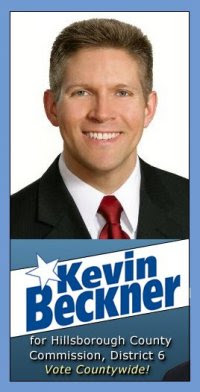 This Quality political candidate in Florida's Hillsboro County Commission race has been endorsed by the St. Petersburg Times;

"There's not a dime's worth of difference among the three candidates in this race on issues of policy or priorities. All recognize the need to better manage growth, invest in mass transit, protect environmental lands and attract more high-quality jobs. Kevin Beckner, though, better articulates how these policies could improve the area's quality of life, and his communication skills could help bridge the partisan divide and move the county forward."

"Beckner, a 37-year-old financial planner, has a command of local issues for a first-time candidate who has lived in the region barely a decade. He can be overly cautious to commit. But his deeper understanding of the roots to the county's development, housing and transportation problems give him ammunition to push the right agenda. His broad community service gives him an ability to connect with people at a retail level."

The political climate in Florida can have a major impact on our country. Just look who we have had for president these past 4 years. We can make a difference by putting the word out about Kevin Beckner.

Click title for the Kevin Beckner home page
Posted by planetransgender at 11:10 AM No comments: Links to this post