No one Left Out at Debut of Minnesota Gender Advocates

Queer Today Reports that a new Gender Advocacy group has arisen to tender the question in Minnesota "Why are we removed from ENDA?".

Close to a hundred people attended the Left Out Party organized by Minnesota Gender Advocates at Pi Bar, in Minneapolis to celebrate inclusiveness and community. The event was organized to show the Twin Cities support of a fully gender inclusive Employment Non-Discrimination Act (ENDA). The ENDA passed in 2007, by the National House of Representatives, is legislation designed to protect workers from discrimination based on sexual orientation. Minnesota Gender Advocates, along with hundreds of other organizations across the country is working for an ENDA that also includes protections for gender identity and expression.

On this night, while the Human Rights Campaign held their annual dinner across town, attendees showed their support for a fully inclusive ENDA by signing over 75 letters to members of Minnesota's federal congressional delegation. One of the highlights of the evening was a visit by Representative Keith Ellison (5th Congressional District) who shared his support for a fully inclusive ENDA. Among community leaders attending, Raquel (Rocki) SimÃµes from the GLBT Host Home Program, Avenues For Homeless Youth, attended to show her program's commitment to expanding protections to people of all gender identities.

Minnesota Gender Advocates is a new group working for visibility and equality for all Trans, Intersex, gender Queer and gender Questioning (TIQQ) Minnesotans. Our Mission is to raise awareness of issues affecting TIQQ communities, promote equality, and advocate for legal and policy changes that affect our civil rights.
Posted by planetransgender at 7:14 PM 1 comment: Links to this post

A Christian Voice For Transgender People

A powerful message. Is it EQUALLY for GLB and Transgender people?

Among the pictures on ths blog are some very familiar ones,,,,,, 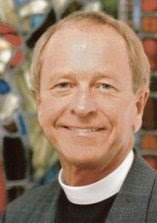 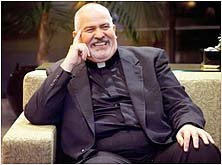