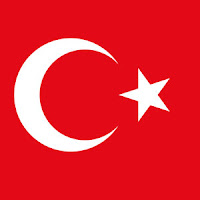 Ebru's murder was the second this year of transgender activists in Turkey. She was a leading figure in an organization that worked to end police harassment and ill treatment of transgender people. She was stabbed in her home in spite of having notified the police of the dangerous man who they presently have in custody in connection with her murder.

Many people in Turkey feel that the police if not committing the violence, turn a deaf ear to warnings and a blind eye to crime if it is committed against transgender people.

The Human Rights Watch published the report "A Social Hell: State Violence, Abuse, and Harassment against Transgender People" in 2008 which describes Turkey as a place that “We Need a Law for Liberation”.

Related on the web

Posted by planetransgender at 8:48 AM