Queers United: Take Action to Support Civil Unions in Hawaii
From Queers United;
The civil unions bill has already passed the Hawai'i State House of Representatives, but it has hit a roadblock in the State Senate. It's not too late for the Senate to take action and pass this legislation, but we need your help. We need your voices, speaking in favor of equality, to let the State Senate and Governor Lingle know that many residents of Hawaii reject discrimination and support civil unions. Please sign the attached petition in support of the civil unions bill.

Follow the link above to sign the petition now to demand civil unions and pass this on to friends.
Posted by planetransgender at 5:57 PM 2 comments: Links to this post 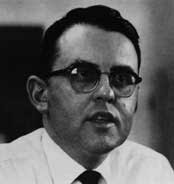 Written by Brianna My Hero project

James Reeb was born on January 1, 1927 in Wichita, Kansas. He was a Unitarian minister who was very active in the fight for civil rights in the 1960s. Rev. James Reeb is my hero.

I believe that a hero is an individual who does something to positively influence the world. A hero is passionate and honest about what he/she does and always puts the needs of others in front of his/her own. Heroes do not take the easy routes in life. They stay committed to what they know to be true, no matter what obstacles they may face.


Rev. James Reeb fits my definition of a hero in many ways. Reeb was a white man living during the African American civil rights movement. Because of the color of his skin, James Reeb could have chosen to perpetuate his white supremacy by not speaking out against the injustices of that time. Rev. Reeb did not take the easy route.

The murder of Jimmie Lee Jackson gave the civil rights movement another spark. A march from Selma to the state capitol building in Montgomery, Alabama was organized by members of the Southern Christian Leadership Conference to be on February 1, 1965. This march led to the arrest of 770 people. Two more marches soon followed this one. The second one was led by Martin Luther King. James Reeb was one of the dozen white UU ministers who had come to support Martin Luther King after a horrible confrontation with the state troopers called "Bloody Sunday." After the group of 1,500 people, including Rev. Reeb and Martin Luther King, had crossed the Pettus Bridge, the crowd was stopped by a wall of state troopers. In order to avoid further confrontation, King decided to turn back. Soon after the march, on the evening of March 9th 1965, Rev. James Reeb was attacked by a group of white men in Selma, Alabama. Two days later, Rev. Reeb died of his injuries. The death of Rev. Reeb triggered a national outcry against the racism in the South. Rev. James Reeb took a stand against something that he felt very passionately about. He risked his life by marching with and supporting Martin Luther King and sadly, like many others, his life was taken. During the time of the African American civil rights movement, it was considered very controversial for a person of any race to demand and fight for equality. I find it especially admirable that Martin Luther King and Rev. James Reeb chose to be non-violent in their battle for civil rights.

I attend a Unitarian Universalist Church that is named after Rev. James Reeb. He is an important person in the history of civil rights and I admire his strength in standing up for what he believed in and knew to be true. I use the stories of Rev. James Reeb as a way to give myself strength and hope knowing that he had the courage to take the harder route in life. My congregation and I strive to emulate the strength and courage that Rev. James Reeb, and many others from this time in history, have shown.

Our mission is to enlighten and inspire people of all ages with an ever-growing internet archive of hero stories from around the world. Now more than ever, children, teachers, and parents yearn for messages of hope and courage to face the challenges that lie ahead. The MY HERO web site hosts thousands of stories of remarkable individuals written by children and adults alike. These stories serve to remind us that we all have the potential to overcome great obstacles and achieve our dreams by following in the footsteps of our heroes.

Please visit with the My Hero project

Posted by planetransgender at 5:19 PM No comments: Links to this post

Governor O'Malley's leadership can make the difference in the House and Senate Committees passing transgender anti-discrimination legislation this year. Transgender people experience bias far too often in employment, housing, healthcare, and public accommodations. When discrimination prevents or hinders a person from gaining or keeping employment, many other problems develop. Rent doesn't get paid, which leads to eviction. Data shows that 42% of transgender people in the DC Metro Area are unemployed and 19% do not have their own living space. Transgender individuals may also be denied access to social services like shelters or rape crisis centers; refused treatment, ridiculed, or denied recognition of their gender identity by health care professionals; or refused service at restaurants or stores.

Posted by planetransgender at 10:22 AM No comments: Links to this post

Fake posters found in the Twin Cities area purportedly seeking donors for a Red Cross blood drive intentionally defamed both Gay and Transgender people. Fox news correctly reported a 'Derogatory' term was used to describe gay men, but the name of the church, 'Jennifer Gale' was not recognized by Fox news as defamatory towards transgender people.

The author of this poster intentionally choose to use the name of a recently deceased homeless transgender activist so as to include transgender people in this insulting message.
Posted by planetransgender at 8:34 AM 1 comment: Links to this post

The report is the first comprehensive compilation of data which enables a state by state comparison. Families that find themselves without secure housing are reluctant to enter the prison like state funded emergency shelters out of fear of being broken apart.

Many families now forsake this option and live on the streets and these numbers are rising exponentially in the face of spiraling double digit unemployment.

In short, Texas(50), Louisiana(46), Mississippi(41) and South Carolina(39) four of the five states that the republican governors have threatened to refuse extended unemployment benefits offered by the federal government are also rated among the very worst in the report.

These four states have all the necessary ingredients to produce a societal failure of unimaginable proportions. Drug usage, violent crime and a out of control rise in the prison population is already in evidence in Texas, it being
number one in the percentage of imprisoned per population.

With the release of the new report America’s Youngest Outcasts: State Report Card on Child Homelessness, the National Center on Family Homelessness challenges advocates, policymakers, funders, and service providers to end to this tragedy. Join this effort to ensure that all of our nation’s children have homes to call their own.

Click on this link to learn about ways to get more involved.

Full report at homelesschildrenamerica.org
Posted by planetransgender at 2:13 AM No comments: Links to this post