"Officials at Texas Christian University have postponed plans for a living-learning community geared toward LGBT students and their supporters."

"The two TCU students who proposed DiversityCity Q — Shelly Newkirk and Su Harz — said Monday they were disappointed with the decision. Harz said she thinks the administration caved to outside pressure, and she noted that DiversityCity Q was the only living-learning community that had generated any media attention."

"Newkirk said a demonstration is planned Friday at TCU to push for an LGBT resource center on campus. But she said the demonstration was planned prior to Monday’s decision, and she doesn’t want it to turn into a protest. The demonstration will be from 11:45 a.m. to 12:30 p.m., beginning at the Bass Building and ending at the Sadler Lawn."

"It just basically says that TCU wants their campus to be safe for all students and wants everyone to feel welcomed," said Shane Windmeyer, executive director and founder of Campus Pride. The nonprofit group supports gay, lesbian, bisexual and transgender college students."

Posted by planetransgender at 1:04 PM No comments:

EQUALITY MARYLAND CALLS FOR A VOTE ON ANTI-DISCRIMINATION LEGISLATION

Posted by planetransgender at 11:53 AM No comments:

IOWA It's NOT over! Please Call Legislators NOW!

URGENT!!! It's NOT OVER, call your Legislators NOW!!!
Right-wing extremists are resorting to underhanded tactics in an attempt to undermine legislative leadership and take away the freedom to marry! While legislative leadership stood firm this morning, extremists are attempting to overthrow the House chair and push an anti-marriage amendment to the floor!
We NEED you to call your Representative in the next hour to firm up our support! Find your Representative here, then place a call immediately.
House Switchboard: 515-281-3221
Tell them to stand firm with legislative leadership and oppose this distracting and divisive move. With all the challenges Iowa is facing, it's time for our elected officials to get back to work for Iowa families!
PS - If you don't have time to call, please email your legislator now!
Posted by planetransgender at 11:43 AM No comments: 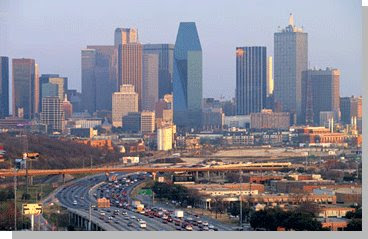 GLSEN National Day of SilenceThe National Day of Silence brings attention to anti-LGBT name-calling, bullying and harassment in schools. Each year the event has grown, now with hundreds of thousands of students coming together to encourage schools and classmates to address the problem of anti-LGBT behavior.Why do we need a Day of Silence?GLSEN's 2007 National School Climate Survey found that 9 out of 10 LGBT students report verbal, sexual or physical harassment at school and more than 30% report missing at least a day of school in the past month out of fear for their personal safety. The Day of Silence helps bring us closer to making anti-LGBT bullying, harassment and name-calling unacceptable in America's schools.Founded in 1996, the Day of Silence has become the largest single student-led action towards creating safer schools for all, regardless of sexual orientation, gender identity or gender expression. From the first-ever Day of Silence at the University of Virginia in 1996, to the organizing efforts in over 8,000 middle schools, high schools, colleges and universities across the country in 2008, its textured history reflects its diversity in both numbers and reach.
FOR PLANNING RESOURCES AND MATERIALS, PLEASE VISIT THE DAY OF SILENCE RESOURCE PAGE
Breaking the SilenceRally and ConcertIn an effort to educate the community about school violence and the need for safe school policies that protect all youth, the Dallas chapter of GLSEN, in partnership with Southern Methodist University's SPECTRUM, will be calling for community organizations to join with the Day of Silence student participants for the 2nd Annual DFW Breaking the Silence Rally.The event, designed to show support for schools that are free from violence and harassment, will be held at 7:00 p.m. on April 17 at the Doak Walker Plaza at Southern Methodist University . During the rally, Day of Silence participants from throughout the DFW Metroplex will have an opportunity to share their experience, strength and hope with the larger community. This year's event will also feature the music of Eric Himan, as seen and heard on MTV's LOGO and Sirus Radio's OUTQ Channel. Eric's music draws comparisons to male artists such as Maroon 5 and John Mayer but also female singer-songwriters, Ani DiFranco and Tracy Chapman.Hundreds of thousands of students from over 5,000 middle schools, high schools and colleges will ban together in silence on April 17 in the largest student-led action in the country calling for an end to the bullying, harassment and name-calling endured by lesbian, gay, bisexual and transgender (LGBT) students.