Last Chance to speak up for Harvey Milk Day!

This bill would require the governor proclaim May 22 each year as Harvey Milk Day. It would encourage public schools and educational institutions to conduct suitable commemorative exercises on that date. 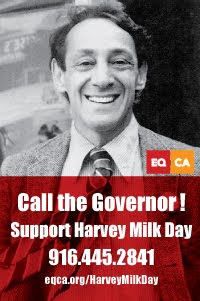 Dustin Lance Black, Oscar-winning writer of the screenplay for Milk, testifies before the California Senate Education Committee on behalf of SB 572 | The Harvey Milk Day bill authored by Mark Leno and sponsored by Equality California. Add your name to the petition to Governor Schwarzenegger urging him to sign this important legislation.
eqca.org/HarveyMilkDay
Posted by planetransgender at 6:32 PM No comments: Links to this post

Eight Years Later: A Week of Media Action Against the War in Afghanistan!

ON EIGHTH ANNIVERSARY OF AUTHORIZATION FOR USE OF MILITARY FORCE IN AFGHANISTAN, PUBLIC STRONGLY OPPOSES THE WAR: COALITION OF ACTIVISTS CALL ON LEADERS FOR WITHDRAWAL
Thousands join CODEPINK, United For Peace & Justice, Peace Action West, MADRE and Community Leaders Medea Benjamin, Jodie Evans,Tom Hayden, Barbara Ehrenreich and Paul Haggis in Calling for Change
WASHINGTON D.C. - On the 8th Anniversary of the Authorization for Use of Military Force in Afghanistan, with public opinion opposing the war at an all time high, CODEPINK, United For Peace & Justice, Peace Action West, MADRE, Brave New Films and a coalition of progressive and antiwar organizations call on leaders for an exit strategy and near-term withdrawal.
Catalyzing the shift in public opinion toward a change in policy, the coalition is speaking out across the country supported by thousands of members. A petition to Take Action Against the War is being circulated widely signed by hundreds of community leaders, including longtime leader and activist Tom Hayden, CODEPINK founders Jodie Evans and Medea Benjamin, author Barbara Ehrenreich, filmmaker Paul Haggis and many more (view the petition at: http://bit.ly/rNDFS).
“The tide has turned on the war in Afghanistan, we need to raise our voices over the din of distraction, so that turning tide can bring our troops home and much needed peace and development to the people of Afghanistan” said CODEPINK co-founder Jodie Evans. “This week we aim to shake the ground below those who profit from and push for war and remind Congress a majority of the U.S. citizens want military engagement in Afghanistan to end, NOW.”
This week of action comes at a pivotal moment, as President Obama considers authorizing more troops for Afghanistan. Congressional leaders including House Speaker Nancy Pelosi and Sen. Carl Levin are expressing opposition to increased troop levels and according to a new CNN/Opinion Research Corporation survey, 57 percent of Americans now oppose the war in Afghanistan. “Our military is overstretched, our wallets are empty and there are no military solutions to these conflicts," said CODEPINK co-founder Medea Benjamin. "We can save money, save lives and honor the will of the American people by focusing on negotiated solutions and bringing our troops home.”
The coalition and petition call on leaders to oppose escalation of troops, adopt an exit strategy based on all-party talks, regional diplomacy, unconditional humanitarian aid, and timelines promising an American and NATO military withdrawal from Afghanistan The Petition to Take Action Against the War will be delivered to Congress Thursday, just one day before the September 18th anniversary of the AUMF - the bill that authorized the invasion of Afghanistan.
CODEPINK Founders Medea Benjamin and Jodie Evans are available for interview. Contact Dana Balicki, 202.422.8624, dana@codepinkalert.org For more information go to http://www.codepinkalert.org/article.php?id=4895.
Posted by planetransgender at 5:54 PM No comments: Links to this post

Equality Utah: Municipal Primary Election Tomorrow. Get OUT and Vote!

Tomorrow is the Municipal Primary Election and we want to remind you to GET OUT and VOTE! We have released a list of candidates that are supportive of the Common Ground Initiative, and we hope that you will support these candidates in tomorrow’s Primary Election!
Recommended Candidates
If you do not know where to vote, please call our office at 801.355.3479, and we will help you find your polling location.

Posted by planetransgender at 1:13 PM No comments: Links to this post 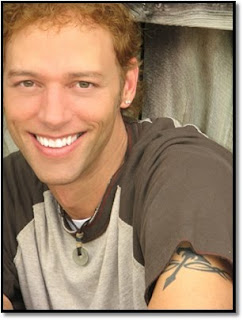 
Come join in the celebration and reception following the event on September 19 at Trinity MCC at 7:00 pm!