Mr Parshell who represents NRB "Christian broadcasters" testified that HR 3017 would would unfairly subject the profit and not for profit religious radio stations his organization represents to additional litigation. Mr. Parshell stated he represents a wide diversity of faith communities presumably hoping to present religion as a whole as being opposed to ENDA.

ENDA uses the time proven tittle 7 scope to protect religious organizations. In 1998 the FCC ruled to cover religious broadcasters be they non profit or for profit.

MR. Miller, Chairman of the Labor and Education Committee, after hearing Vandy Beth Glenn recounting how she was summarily dismissed from her Georgia State job for being transgender breathed hard and said "We need this law."

Professor William Eskridge testified passionately that his dismissal at the University of Virginia was due to his sexual orientation. The irony of Professor Eskride testimony was that while being summarily dismissed at the University of Virgina the belief at that time in Congress was that LGBT people were degenerates, sexual predatory and prone to be disruptive of civil proceeding! That belief was substantiated by testimony in committee much like the current testimony debunking those same beliefs.

by kelli Anne Busey September 23, 2009
Posted by planetransgender at 10:49 AM No comments: 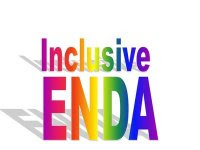 Watch live [CLICK HERE] via web cast today's hearing on ENDA in the Committee on Education and Labor. You can watch it live beginning at 10am on the committee's website by clicking on the link above and then selecting "Live Webcast" on the page. NCTE's staff is at the Capitol right now to attend the hearing.

Behind the wittiness's you may see Dallas Transgender Advocates and Allies member Reverend Allyson Robinson and behind her is Mara Keisling of the NCTE.

One of the witnesses, Vandy Beth Glenn, was fired from her job for being transgender. We can all support her by making sure that congressional offices are hearing from others, like Vandy Beth, who are standing up for justice and equality.

We need to involve as many people as possible to make sure members of Congress hear us loud and clear about the urgency of passing ENDA.

Thanks to
National Center for Transgender Equality
Posted by planetransgender at 9:38 AM No comments: