Few things for a Gay, Lesbian, Bisexual or Transgendered GLBT couple in a committed relationship is more exciting than their BIG DAY.

Some may call it a Pride Wedding, Holy Union, or Commitment Ceremony; either way it is a trade-marking event for any relationship. 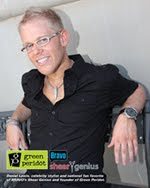 Planning this special day or just planning an anniversary celebration will exhaust every talent and effort to get all the many details complete from ordering the cake to planning the honeymoon. Our GLBT Wedding & Anniversary Expo, billed as a one-stop shop to assist couples, will showcase wedding and travel vendors, introduce specialists, present ideas and host a fashion show to help with the celebration. You’ll find an extensive array of wedding specialists at the Expo. All the major categories of wedding planning may be covered: photographers and videographers, function facilities, bridal and tuxedo shops, florists, cake bakers, DJs/bands and limousine companies may be in attendance.

In addition, you will find travel specialists ready to help you plan that special romantic honeymoon. Many vendors will be giving away items as a promotion of the show, and you can only benefit from these if you attend. Also join us for fabulous raffles, door prizes.

Vendors are still being accepted, but hurry space is limited!!

Tickets are $10 can be purchased at the door or online at WhyWouldWe.org or buy.ticketstothecity.com

Posted by planetransgender at 10:26 AM No comments: Links to this post 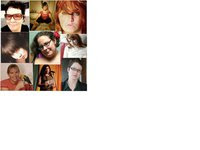 Queer cisgender women and queer transgender women are allies, friends, support systems, lovers, and partners to each other. Trans and cis women are allies to each other every day -- from activism that includes everything from Take Back the Night to Camp Trans; to supporting each other in having “othered” bodies in a world that is obsessed with idealized body types; to loving, having sex, and building family with each other in a world that wants us to disappear. Girl Talk is a spoken word show fostering and promoting dialogue about these relationships. Trans and cis women will read about their relationships of all kinds – sexual and romantic, chosen and blood family, friendships, support networks, activist alliances. Join us for a night of stories about sex, bodies, feminism, activism, challenging exclusion in masculine-centric dyke spaces, dating and breaking up, finding each other, and finding love and family.

D. Rita Alfonso teaches LGBT and Queer Studies at UC Berkeley, and offers LGBT seminars to the queer public under the rubric of www.LGBTStudies.ning.com. Photography is another of her passions, and you will often see her about town documenting queer and trans events and performers; her photography can be found at dralfonsophotography.com.

Ryka Aoki de la Cruz is a poet, performer, and composer who has been honored by the California State Senate for creating Trans/Giving, LA’s only art/performance series dedicated to trans, genderqueer, and intersex artists. Ryka’s long poem “Sometimes Too Hot the Eye of Heaven Shines” has won RADAR Productions’ first Eli Coppola Memorial Chapbook Contest, and is forthcoming from Inconvenient Press. Her current project is Trans Office Hours, which matches trans-identified professors with trans-identified students entering or re-entering college. Ryka has a third-degree black belt in Kodokan Judo and is a professor of English at Santa Monica College.

Daughter and granddaughter of anarchist feminists, Danielle Askini is a feisty high femme hailing from all over. A queer activist since the womb, Danielle grew up doing battle with big boys--and winning. As a Trans activist Danielle has focused her work on creating safe schools, depathologizing trans and femme identities, and liberating health care for all people. Her writings have included "Social Work or Sex Work?" a critical examination of class inequality in social work education, and "Gender Refugee" a chapbook of poems and essays on gender transition and migration. She is fluent in Dutch and working hard on Swedish. Stockholm is her second home.

Annie Danger is a fierce and fearsome performer. Raised in the desert by a pack of drag queen werewolves who were themselves a litter produced by Leigh Bowery, Marina Abramovic, and Andy Kaufman, Ms. Danger wants nothing more than your allegiance to the tenets of your own thoughtful ethics and a sturdy but flexible sense of humor. She is a transsexual woman who lives and loves in the San Francisco Bay area mostly. You can find out more at: www.anniedanger.webs.com

Gina de Vries is a queer cissexual femme woman, a Paisan ex-Catholic pervert, and a writer, performer, and activist with a long history doing political organizing in and with queer and trans communities. As an activist, she is especially interested in the intersections of intersex, trans, reproductive justice, sex worker, multi-cultural, cross-class, and disability activism; and using art, writing, and performance as political tools. Gina's writing has appeared dozens of places, from the academic to the pornographic – recent publications include Issue #4 of Bound to Struggle: Where Kink and Radical Politics Meet, Girl Crush, and The Revolution Starts at Home. Gina has performed, taught, and lectured everywhere from chapels to leatherbar backrooms, and recent university appearances include Reed College, Yale University, and Harvard University. She is the founder and facilitator of Sex Workers' Writing Workshop, a writing class for current and former sex workers at San Francisco’s Center for Sex & Culture (where she also serves on the Advisory Board). And, she’s currently pursuing her MFA in Fiction Writing at San Francisco State University. She likes glitter, the color fuchsia, leopard print, and political discussion as foreplay. Find out more at queershoulder.tumblr.com.

Julia Serano is an Oakland-based writer, performer and trans activist. She is the author of Whipping Girl: A Transsexual Woman on Sexism and the Scapegoating of Femininity (Seal Press, 2007), a collection of personal essays that reveal how misogyny frames popular assumptions about femininity and shapes many of the myths and misconceptions people have about transsexual women. Julia’s other writings have appeared in anthologies (including BITCHfest: Ten Years of Cultural Criticism from the Pages of Bitch Magazine, Word Warriors: 30 Leaders in the Women's Spoken Word Movement, and Yes Means Yes: Visions of Female Sexual Power and A World Without Rape), in feminist, queer, pop culture and literary magazines and websites (such as Bitch, AlterNet.org, Out, Feministing.com, Clamor, Kitchen Sink, make/shift, other, LiP and Transgender Tapestry), and have been used as teaching materials in gender studies, queer studies, psychology and human sexuality courses in colleges across North America. For more information about all of her creative endeavors, check out www.juliaserano.com.

E. Rose Sims, a Filipina-Ashkenazic mixed-class trans dyke mestiza, is a writer, religion scholar, medic, and survivor from rural Oregon. Dedicated to the projects of media justice, radical love, and community building, she writes online as "little light" at http://takingsteps.blogspot.com and elsewhere, serves on the advisory board of the Allied Media Conference in Detroit, and was a charter member of the Speak! Radical Women of Color Media Collective. She has recently performed with such diverse organizations as Detroit's Allied Media Project, Seattle's TumbleMe Productions, the National Queer Arts Festival, and the Bay's own Mangos With Chili. Her writing has found its way everywhere from law school classrooms and academic conferences to bathroom mirrors and protest marches. Rose is currently busy being in good stories and getting preachy in Portland, Oregon, and is moving down to the East Bay this fall; she carries a pen, her ancestors, and the mismatched ID of a citizen of the borderlands with her at all times.

Zarah Ersoff is a queer musicologist, Southern dyke, teacher and activist. She divides her time in academia between exposing college students to the pleasures of camp, codes and concealment in LGBT popular music, and writing about the relationship between same-sex desire and colonialism in 19th-century French music. Originally from Winston-Salem, NC (illustrious home of Krispy Kreme donuts and Camel cigarettes), she now enjoys living richly without riches in Los Angeles with her lovely and talented partner Lauren Steely.

Facebook event page Girl Talk: A Cis and Trans Woman Dialogue
Posted by planetransgender at 10:03 AM No comments: Links to this post