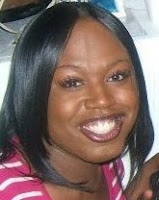 Another Transwoman of color stolen from us.

Pride Fest Milwaukee "FORGE is deeply saddened to report the death of Dana A. Larkin (also known as Dade and Chanel), 26, of Milwaukee, Wisconsin. Larkin was killed on Friday, May 7, 2010, in part because of anti-transgender hate bias."

"While we are grateful that the suspected killer has been caught, we urge the District Attorney to consider adding a hate crime charge to the current charge of first-degree reckless homicide. We also note that some media outlets have been inaccurately characterizing Larkin's gender and pronouns; we encourage the respectful, consistent use of feminine pronouns to refer to her."

"FORGE sends its condolences to Dana's family and friends. We also note that when anyone is killed or harmed in a hate-motivated crime, those who share the victim's identity are harmed as well, and may react with the same fear, anger, and despair as other crime victims. We ask our community members to be caring, compassionate, and supportive of each other as we all try to cope with this terrible crime."
Posted by planetransgender at 8:52 PM No comments:

Despite assurances from NCTE Barney Frank say's there will be Gender police.

Washington Post "Rep. Heath Shuler, D-N.C., the chief whip for the Blue Dog Coalition, a group of moderate House Democrats, says he opposes voting on the Employment Non-Discrimination Act this year. Shuler also said he "can't imagine" the bill will make it to the House floor. Meanwhile, some Democrats on Capitol Hill say while a vote is still expected, they worry that Republicans will try to derail the bill by offering motions that could weaken its transgender provisions."

"Frank says he understands why moderate Republicans and politically vulnerable Democrats have "some uneasiness" about the issue. He has addressed two of the bigger concerns: workplace bathroom use and the appearance of transgender employees."

"People aren't going to be disrobing" in the bathroom in front of colleagues "with the opposite set of genitals," Frank explained. To that end, he said, the bill would seek to protect employers from lawsuits."

"The other issue, he said, is the "mustache and dress" (ick) factor involving transgender employees and the reactions of clients and customers. Employers would be able to enforce what Frank called "consistent gender presentation." Washington Post 5/13

I'll be a monkeys aunt if that ain't the penis police.

Frank, you will have make sure there ain't no pussies in the men's room. I mean, gender expression swings both ways. No smooth faces or effeminate sissies. Only knuckle dragging neanderthals allowed in this men's room by golly. We're grabbing crotches and you better have a working package and a face full of stubble or your OUT'a HERE!

Who's the deputy dog? It's your boss. UNBELEVIABLE!

ENDA up in the crapper again.
Posted by planetransgender at 5:04 PM 2 comments: