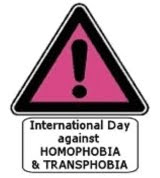 The International Day Against Homophobia and Transphobia (IDAHO) is celebrated every May 17 around the world.

It is coordinated by the Paris based "IDAHO Committee" founded and presided by French academics, Louis-Georges Tin. It is celebrated in more than 50 countries in the world, and recognised officially by the European Union, Belgium, United Kingdom, France, Luxembourg, Netherlands, Mexico, Costa-Rica, etc.

The international day against homophobia aims to coordinate international events to call respect for lesbians and gays worldwide. Unlike the LGBT Pride Day, which is meant to emphasise proudness of one's sexuality and refusal to be ashamed of it, IDAHO is held to highlight:“ "... that in reality it is homophobia that is shameful and must be deconstructed in its social logic and fought against openly."

May 17 was chosen as the day of the event because homosexuality was removed from the International Classification of Diseases of the World Health Organization (WHO) on May 17, 1992. 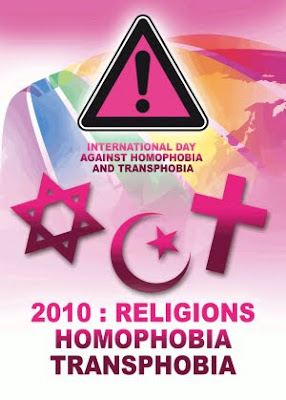 In 2008, sexual relations between persons of the same sex were punishable by death in 7 countries and considered to be some form of crime in more than 80 others. In most countries in the world, people from the lesbian, gay, bisexual, transgender, transexual, intersex, queer, ... community are being denied their fundamental human rights as defined, inter alia, by the Universal Declaration of Human Right, the International Covenant on Civil and Political Rights, and the International Covenant on Economic, Social and Cultural Rights.

The Day has been launched with the idea of creating a worldwide community of activists and committed people, sharing the ideal of a world without homophobia nor transphobia in which everyone can freely live their sexual orientation and the gender identity they wish to live in.
Posted by planetransgender at 4:59 PM No comments:

Email ThisBlogThis!Share to TwitterShare to FacebookShare to Pinterest
Labels: IDAHO

What: Press conference to demand immediate action in both the House and Senate on the Employment Non-Discrimination Act (ENDA), a federal bill prohibiting discrimination based on sexual orientation and gender identity. It is part of a series of nationwide actions this week calling for a vote on ENDA.


Why: Lesbian, gay, bisexual and transgender (LGBT) rights advocates have been lobbying for ENDA’s passage for years. There is more support for ENDA than ever before in Congress, growing every day. Congress needs to prioritize ENDA for passage to secure the most basic of civil rights, the right to work, for LGBT people. LGBT rights leaders and community members are demanding an immediate vote on ENDA and are sending a united message to Congress: No more excuses, no more delays: Pass ENDA now.
Posted by planetransgender at 1:28 PM No comments:

Belarus and Slavic Gay Pride Marchers Hunted Down and Jailed By Police. 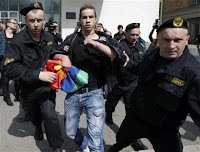 Live updates about the human rights violations being committed by police against the Belarus and Slavic Gay Pride marchers. As of Sunday 8 remain in imprisoned for holding our flag and walking down the street. 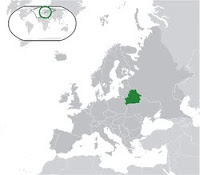 Blogging from Belarus and Slavic Gay Pride
Posted by planetransgender at 12:12 AM No comments: