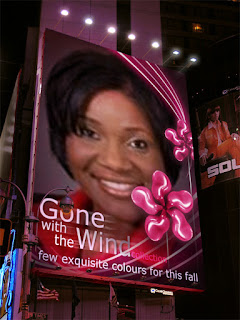 In a move that has the Houston LGBT community asking “Where’s Wanda?” Houston City Councilmember Wanda Adams was absent Friday from a meeting to discuss housing for homeless transgender youth. The latest absence comes just over a week after Adams was publicly chastised by the chair of the Houston GLBT Political Caucus for walking out on a City Council vote to fund AIDS housing. Video right >

The meeting, which had been scheduled for over a week, had been set up between Transgender community leaders and Covenant House, a faith-based housing program for homeless youth in Adams’ city council district. Covenant House receives funds from the City of Houston. Their policy against allowing Transgender clients to dress as their identified gender has long been a frustration for Transgender advocates.

Adams mentioned the meeting during a radio interview with the program “Queer Voices” last Monday, in which she defended her record with the LGBT community and claimed to be surprised at the anger caused when she walked out of council chambers just before the vote to extend city funding for Marjo House, a facility offering housing for people with AIDS.

The Covenant House meeting was scheduled to start at eleven o’clock. A few minutes after eleven Adams (who was previously employed by Covenant House) called to say she would be running late. At about 12:30 a staffer for her office arrived and explained that she would not arrive.

The good news is that Covenant House has agreed to work with the Houston Transgender community to revise their policies. The bad news is that ‘Absentee Adams’ has missed another opportunity to represent her constituents.