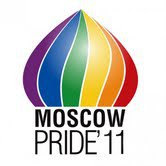 The lone figure in a smokey dimly lit Moscow room bent over his maps. Picking up a phone quickly sent last moment false signals after learning of a communications leak that threatened the success of the small contingents of sequestered comrades silently, impatiently awaiting for the signal move out.

Meanwhile in city hall, former Mayor Yuri Luzhkov took the bait believing the misinformation, shifted his massed riot police, committing them to ensnare his adversaries in a ten block net. The price of failure? The cities destruction according to the former mayor with a diabolical "satanic weapons of mass destruction".

Who is this mad man and who were his conspirators who since 2006 were so bent on outwitting the Moscow police?

And this year unlike the ones since 2006 its going to happen in public without fear of being beaten, held without charges and food, according to Nikolai Alekseev president of Gay Russia.com.

And everyone is invited to the par-taa!
Posted by planetransgender at 5:41 PM No comments: 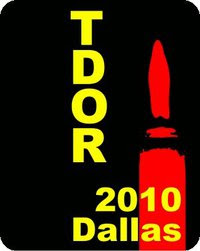 The location is on DART Bus Route 39.

Map to the location: Here

For a pre-event demonstration, see also: Click here
Posted by planetransgender at 9:18 AM No comments: