GAY INC. Utah invites you to party with It's Drag 'Trannys' 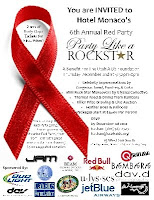 The misogynistic men of Gay.Com once again are unashamedly and joyfully going to beat us down again.

From GayPig.Com
"Break out those leather pants and Michael Jackson red leather jackets because this year’s party is no high-brow snooze fest. It’s time to party like a rock star, giving guests that edgy vibe making you feel as if you have been invited to an exclusive VIP after-concert party with an all- access pass."

"They have brought in drag superstar Porshe along with fellow tranny big wigs Gorgeous Jared Gomez and Coko to give us some fierce realness with celebrity impersonation."

Using 'drag trannies' we are being attacked, both woman trans and cisgender, but hey its OK and for those who have a smidgen of moral integrity, its for a good cause.

Anyways, they got plenty of booze if you're normally respectful of trans people so soon you'll be partying with the other pigs, just like a rock star.

When will we say enough is enough? Now damn it.

Some in our community were taken aback by my use of the term 'Gay Pig'. I will explain why this is so personal to me.

When the LDS involvement in Prop8 became apparent I did a number of posts about the GLB's response in SLC. I Became fully involved at that point advocating for marriage equality.

My blog became a lightening rod as LDS mothers behind gilded walls stared horrified at the masses of protesting gay people outside there gates. You see, their church leadership had mislead them and kept them ignorant about gay equality and there involvement with the San Francisco Catholic Diocese,in a temporary alliance of adversaries, to amass the money and manpower needed to garner enough popular votes to make marriage equality unattainable in California. All parties understood the country's future was at stake because if they succeeded in passing prop8 they would have set a standard for which the rest of the country would likely follow.

The Mormon moms flocked to my blog and I was somehow given access to their chat room in Salt Lake city. I was horrified to hear of the deception of the LDS leaders and my heart went out to these woman. 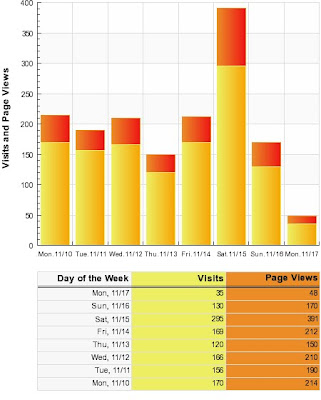 My Trans friends couldn't understand why I should care so much about a gay issue. Some Trans folk in California wrote me protesting my involvement telling me there marriages would be adversely affected should prop8 rejected.
.
I told my trans friends in California who felt they would suffer should Prop8 be defeated my involvement was justified since this being our community, the needs of the many outweigh the needs of a few.

These gay pigs make me rue my compassion. I feel personally betrayed by there wilfully using ths pejorative that the majority of the trans community so abhorres. I am ashamed of my compassion and love since I transitioned and hate these gay people for making me feel this way.

Damn gay pigs.
Posted by planetransgender at 12:37 PM No comments: Links to this post

I'm being called a transatlantic capitalistic cultural imperialist because I objected to a drag queen partying at the London TDOR with a rendition of 'I'm a tra##y'. Well London peeps, some of your own country's trans folk are equally upset about this.

I wouldn't have even know about it if it hadn't been for your own country woman's blog post expressing her abhorrence of what you did.

I said essentially the same thing Helen did, but as is my style, I took it further, inflaming passions and yes even pushing the envelope of decency and creditability.

But the essence of my objection remains valid and unanswered by your indignation.

How can you justify so offending any portion of your community just to satisfy your sense of rebellion?

Cultural Imperialism. Excuse me for jumping to avoid your jerking knees.

The Internet has long been used to mix our nationalities unique sensitivities and create new social mores. We have all long 'capitalised' on that fact without any of the participants of the London TDOR before voicing there objections.

Am I wrong about the 'T' word? Could be wouldn't be the last time. But here's the 'rub'.

I use history as my tool to validate.

The 'N' word at one time was used widely as a form of rebellion and self identity much as those who insist on using the 'T' word do now. At the height of the rioting the 'N' word was a battle cry, but ultimately it's usage was devastatingly detrimental.

Since the pejorative 'ni##er' has become mainly unheard, POC and others are now being understood, loved and respected by each other as never before.

After the 'T' word runs it course as he 'N' word did, history will be replayed and we will see the same results.

I just hope some peeps do wake up so this doesn't take as long.
Posted by planetransgender at 11:01 AM 6 comments: Links to this post