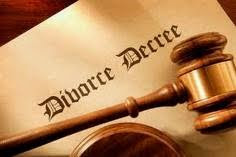 PETITION FOR DISSOLUTION OF MARRIAGE:

This Petition is for dissolution of marriage and it is alleged on oath as follows:

1. Petitioner resides at Any street, Every Town, Every State and has resided there since at least 1706 and (90) days immediately prior to the filing of this Petition.

2. Petitioner and Respondent were shotgunned married during the 1990's resulting in the T being assimilated into the gay acronym GLB in the USA with the marriage being recognized worldwide.

4. There are six identities born to or adopted by the Parties. The names and dates of birth are: Questioning, Bisexual, Intersex ,Asexual, Gender gifted, Gender Queer. All were born ? years BC. The trans complainant is now pregnant with multiple identities and expressions.

5. Petitioner and Respondent are enter into an Agreement resolving all issues of the marriage, which is recorded in their Identity Settlement Agreement and Child Care Plan, a true and correct copy of which is attached to this Complaint as Exhibit �A�.

6. Petitioner is mainly unemployed and underemployed, being discriminated against during and after transition. Respondent is usually employed not directly affected by sexual affinity in the work place and now in the armed forces service of his/her country.

7. There is no reasonable likelihood that the marriage between Petitioner and Respondent can be preserved, and therefore, the marriage is irretrievably broken.

WHEREFORE, Petitioner prays for its orders:

a. dissolving the marriage between the Petitioner and Respondent;

b. dividing the marital properly between Petitioner and Respondent according to law and settling all marital and non-marital identity and expression issues of the parties and resolving child issues as specified in the attached Property Settlement Agreement and Child Care Plan;

c. and granting such other and further relief as to this Court seems just and proper in the circumstances.

Petitioner wishes to retain the umbrella identity of Transgender and not be associated with the name of "gay" or "gay agenda" upon the date of the divorce.

Gay people agree not to use transgender/transsexual peoples name or identity in organization names which do not have transgender people in membership or advocate for transgender corcerns. Drag performers will now be recognized with a "gay" name if the performer identifies themselves as cisgender.

Many in trans community, already up in arms after Congressman Barney Franks offered his latest deceptions regarding 2010 ENDA's debacle blaming gender issues. Meaning if, transgender people had not been written (Married to gay people) in in the first place ENDA would have succeeded. Many are now calling for this Divorce so I thought I would write this petition.

And now we get left out of theDAD* repeal! 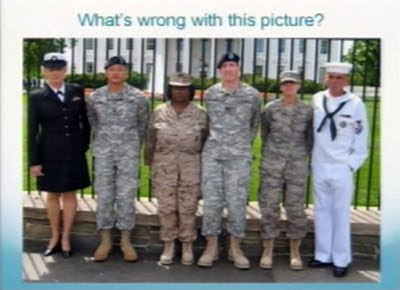 I'll Tell you what is wrong! 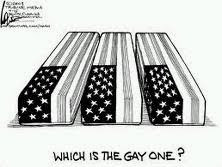 Which dead son or daughter is Transgender?

Our exclusion from DAD* tipped the scales. Weighed heavily already with trans activists anger over the continued attempted gay assimilation and profiteering at the expense of the people under the trans umbrella has many, including myself ask, what is needed to repair this relationship?

Really then, what are we trying to repair? At best trans people are in the receiving end of of this predatory relationship.

Posted by planetransgender at 8:40 AM 7 comments: