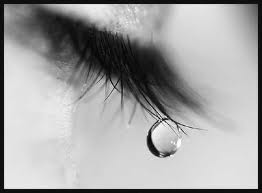 NEVER GIVE UP IN THE FACE OF TYRANNY!

When you as trans activist regularly face unrelenting attacks on your dignity by media giants simply for standing up, hold your head up, face the battle bravely and what ever you do, never allow them to see your pain.

Do not believe there lies. Know that as we hold the high ground and refuse to lower ourselves to the level of these despicable attackers by refusing to use the hateful names they do know in the long run people will recognize your integrity and admire your courage.

The continued venomous attacks by the Dallas Voice on myself, dehumanizing singling me out despite being knowledgeable of trans peoples sensitivities with hated pejoratives require me to ask you Tammye Nash, what is your true motivation?

What is you investment in the word "tranny"? You are a cisgender gay woman for gods sake!

Is it you wish to hurt me personally? Our do you just hate transgender people in general?

When will Tammye Nash at the Dallas Voice learn that "Tranny" and "Faggot" hold the same negative connotations as "Nigger", Kike, "Towelhead"?

Surly our attempted education of Nash of the media guide which the Dallas voice adheres to when gay people are attacked verbally as was a dismal failure.

Nash, you are by definition a transphobic bully.

I am crying. Are you happy now? What Will it take for you to stop?
Posted by planetransgender at 11:45 AM No comments: Links to this post