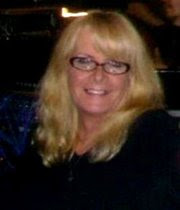 I and many other members of Maryland’s transexual and intersex communities feel slighted and offended by the omission of public accommodations to HB235. We respect the efforts of our allies, our legislators, Equality Maryland, the NGLTF, the NCTE and transgender community, however, the omission of public accommodations shows a lack of understanding of what transexual and intersex means.
TRANSEXUALS and INTERSEX persons always IDENTIFY with the sex opposite their sex assigned at birth and EXPRESS that IDENTITY in a consistent manner every day of their lives. TRANSEXUALS and INTERSEX persons have undergone (or are undergoing) counseling and medical therapies under the supervision of therapists and medical professionals according to the International Standards of Care as recommended by World Professional Association for Transgender Health
.
TRANSEXUALS and INTERSEX people are recognized as having a medical condition by both the American Medical Association and the American Psychiatric Association as evidenced by their individual resolutions supporting the legal recognition of their IDENTIFIED and EXPRESSED gender. After significant progress in therapy even the Federal Government recognizes the need for gender marker changes on passports and identification. Even the government of IRAN recognizes transexuality as a medical condition and covered by their national health care – and has for over 30 years.

TRANSEXUALS and INTERSEX persons should be protected by a public accommodation amendment and recognized as to have taken the responsible approach of seeking help from psychiatric and medical professionals to resolve a medical condition. We deserve all the dignity, respect and protections, both civil and legal, to which all citizens are entitled under the laws of the State of Maryland, Title VII of the Civil Rights act of 1964 and the United States of America.

Thank You for Your Attention.

Just a note. You will here it repeated by the proponents of HB235 that other counties, cities and states have "enacted laws identical to HB235". That is a lie. HB235 has been stripped of the ALL IMPORTANT PUBLIC ACCOMMIDATIONS PROVISIONS.

No county, city or state government has enacted a law like this. That is why Maryland transgender people are so upset with this bill.
Posted by planetransgender at 9:12 AM 2 comments: