Another attack on transgender rights is taking place now in Maine. 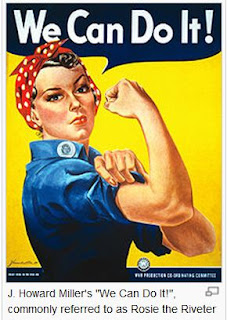 Paul LePage the 75th Governor of Maine who took down the mural of Baths Ironworks Rosi the Riveter from the Department of Labor headquarters will undoubtedly sign LD1046 into law based on his campaign statements.

"You know, our children are being used as pawns," he said then. "I just don't understand how people, at least sane people, would want to allow transgender in our primary schools and our high schools."

LePage then pledged to oppose legislation for transgendered students. "If I claim I'm a woman in my philosophy and my thinking, I can play on the girls' hockey team or the girls' basketball team. I think it's absolutely insane, I think it's gone too far and we have to push back. As governor, I would never allow that to be signed into law," he said. Maine Public Broadcasting Network

The Senate will hold a hearing on a bill that could repeal the 4-0-1 MHRC ruling allowing transgender people to use the restroom which aligns with our gender expression.

If you can't attend in person the hearing on An Act To Amend the Application of the Maine Human Rights Act Regarding Public Accommodations LD1046 which is scheduled for a public hearing on Apr 12, 2011, 1:00p Room 438 State House you can also Listen Live here
Posted by planetransgender at 8:47 AM No comments: Links to this post