Despite the best effort of grass roots activists like
John Aravosis Tennessee Governor Bill Haslam has just signed into law a bill that will roll back and prohibit any additional local protections to transgender and gay people.

One one the main forces behind this effort was the Tennessee Chamber of Commerce. UNBELEIVABLY the Chamber issued this statement AFTER the bill had been signed!

“The Tennessee Chamber supports a standard regulatory environment at the state level as opposed to potentially conflicting local regulations covering employment practices. That principle was the only interest the Chamber had in this bill. Because HB600/SB632 has turned into a debate on diversity and inclusiveness—principles which we support—we are now officially opposing this legislation in its present form.”

AFTER the bill is signed these cowardly corporations issue this statement condemning this travesty of justice, That's like hanging a man with a soft rope because you are compassionate. We have been hung regardless.

intending to defend its support of HB 600. But this says much more than intended. Indeed their money did buy the silence and inaction of major gay organizations.

Garden State Equality also a dollar short and a day late sent this email to its members at 3:00pm on the 23rd after the bill had been signed.

Garden State Equality withdraws honors for AT&T, KPMG and Pfizer for anti-LGBT lobbying by the Tennessee Chamber of Commerce,,,Cont.."

EQNJ's last miniute grandstanding self promotional removal of 'legend' honorees did send a challenge to other federation members to do the same but the bill has already passed so....now a long drawn out expensive court challenge. We must win this one.
Posted by planetransgender at 8:05 PM No comments: 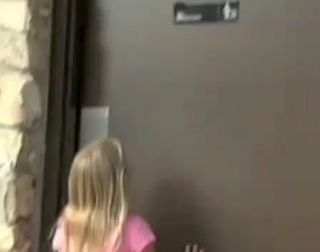 We trans people have seen this video surface again and again whenever the religious extremist right wing attacks us. With nothing to substantiate their lies they always resort to fear mongering.

With the leadership of the Tennessee chamber of Commerce chaired and populated by these corporations this version of this horrific movie has helped in getting HB 600 prohibiting local LGBT protective laws to the Governor for signing. 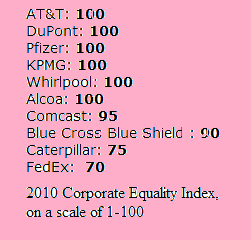 Incredibly these same companies have instituted inclusive LGBT employment policies and have high index ratings from HRC. They are claiming ignorance about the intent of HB 600.