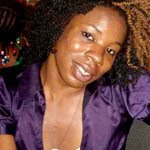 Yet another transgender woman of color slain.

"Unfortunately, yet another senseless act of cruelty against a member of the LGBT community has happened again in DC. This time the victim was identified as 23 year old Lashai McLean of Northeast, DC.

McLean was gunned down on the 6100 block of Dix Street, NE in the early morning hours. There was a second person with her, but all accounts have this person escaping the attack. Police state that they are still trying to determine a ...motive. However, the LGBT community believes that the attack was based off of the fact that McLean identified as a transgender woman.

McLean was highly active within the LGBT community. She spent many days on the premises of Transgender Health Empowerment (T.H.E.) and was known by most of the staff. It is coincidental that the site of her murder was in the same neighborhood T.H.E's Wanda Alston House.

Mayor Vincent Gray issued a press release which condemned the murder of a member of the LGBT community. He also was quoted as saying "if the investigation concludes that this shooting was the result of bias based on sexual orientation or gender identity, MPD and my administration will work with this community to see that there is an appropriate response to this kind of violence, which cannot be tolerated."

A candlelight vigil will be held at the corner of 61st and Dix street, NE on Saturday, July 23rd at 7:00 PM. Please come out and pay your respects to this young woman lost. This event is being organized by Transgender Health Empowerment."

The DCTC press release
Posted by planetransgender at 6:54 PM No comments: Links to this post