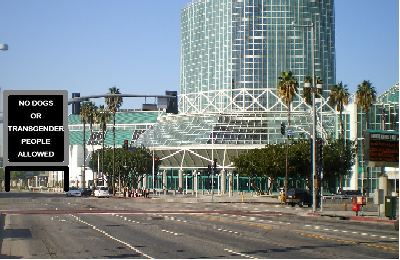 Transgender and Bi community beware. You have been excluded from presenting as a panelist at the first ever LG(bt) NAACP conference despite concerted efforts by our sisters of color.

The NAACP is committing the same crimes perpetrated against us, not with physical violence but by dismissing us and ignoring our sisters as they attempted to stand up and be counted! Just like the police do.

Black transgender people are being slaughtered. Police ignore us. The NAACP ignores us.

Transgender survivors experienced higher rates of serious injuries (11.8%) and that 75% of transgender men and 20% of transgender women did not receive needed medical attention for their injuries compared with a overall avg of 15% of Lesbian and Gay people.

Who's committing these crimes? The demographic speaking for us and assimilating our culture at the NAACP Gay town hall!!
Posted by planetransgender at 7:53 AM 1 comment: