You are Transgender Cathey Brennan. Live with it and stop the Hate! 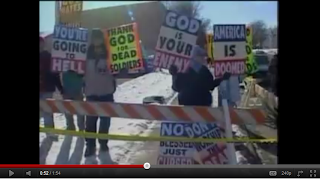 Who we are today is a sum of what we were and whom we have envisioned ourselves to be yesterday. Be proud of that addition/subtraction. You are art in progress.

Sadly, that philosophy is not appreciated by the Westboro Baptist Church, any number of right wing hate groups or a person named Cathey Brennan. Recently Brennan blindsided the transgender community with a letter to the UN seeking to dis empower and disfranchise transgender people purportedly to protect the fringe group Womyn-born womyn from everyone else under the transgender umbrella.

So what are Womyn-born womyn? Essentially its a group of people who have formed a exclusionary club and will stop at nothing to point out exactly how different they are from us, even from people that they share a common past with. 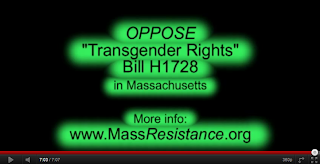 in the same room at the same time. Their hateful memes use the exact same tactics.

Deconstruction of the transgender identity, establish that transgender woman are men and vilify the new identity as a perverted criminal who only desire is finding a way to rape your daughter in the bathroom. Time after time we face that same lie. Brennan is just one more hater to use it.

I have had personal knowledge of Brennan's transphobia. During a Facebook discussion about a Maryland 'equality' bill that would have legalized our exclusion from the proper restroom Brennan became so disruptive I warned her she would be baned if she didn't stop. Her answer was to call me a weirdo. At the time her antagonism was explained away by some in our community but no more.

Brennan seriously needs therapy for her transphobia before she hurts herself and other transgender people.

As have marched towards equality it has become more and more apparent to cisgender woman just how much we have in common. They are some of our most adamant supporters as it become undeniably apparent we are all woman fighting for the same thing, equality and respect and in that sense we are all transgender.

And Brennan, I don't want to exclude anyone from the opening paragraph. Take it to heart. Give up the anger. Grow past your hate and into the sunshine.

Posted by planetransgender at 7:31 AM 4 comments: Links to this post