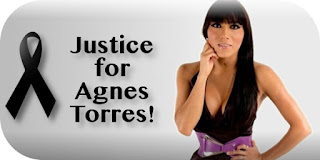 Just 20 hours of driving time separates me from the location Agnes Torres, a leader of Mexican Transgender people, was brutally murdered

I work and sleep every day in very close proximity to people who have just crossed the border into the united states from Mexico. Some legally, some undocumented seeking asylum and some undoubtedly brutal murderers. 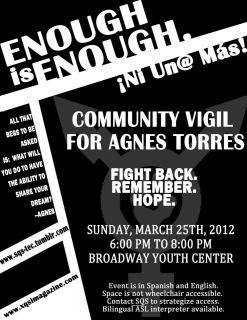 As a transgender activist I am a fairly public person. Although I am nowhere the activist Agnes was, I don't think that fact would dissuade people intent on terrorizing transgender people from attacking me.

Should I acquiescent to tyranny?

Regardless of how I react to her murder and the recent deluge of horrifying violence being committed against us there is a rally and vigil for Agnes in Chicago.

Rest in peace Agnes Torres.
Posted by planetransgender at 8:01 AM No comments: