Shrek The Musical Teaching Children To Its OK to Say "Tranny"?! 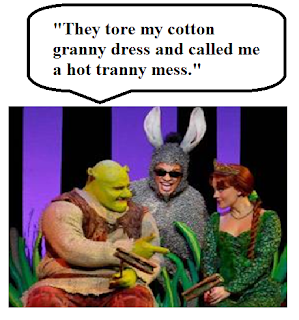 Is the stage adaptation of Shrek teaching children to say words that kill? According to Robert Cushman, theatre critic for the National that's exactly whats happening. Cushman reviewed it's Toronto opening saying;

"I did, though, warm to the eviction complaint of the Three Little Pigs that “zey blew our condos down.” On the other hand having the Big Bad Wolf lament that “they tore my cotton granny dress / and called me a hot ’n’ tranny mess” suggests that this supposed kids’ show may not be quite sure of its audience, and also that it doesn’t always know what a rhyme is."

And who would think that saying the 'T' word in its most dehumanizing sense is amusing, quaint and endearing? Cushman noted earlier in his review the scenario created by the little pigs/ big bad wolf was a amusing theatrical adaptation of right wing homophobia.

But in all likelihood it's a potentially deadly example of gay transphobia.

Read Cushman's review in full and if you think wrong to teach children to say words that kill send a email to the theatrical producers of Shrek, NETworks Presentations, Inc. and post a note on their Facebook wall.
Posted by planetransgender at 7:10 PM No comments: 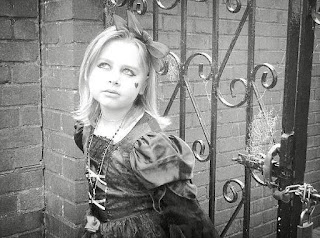 Livvy James, who at 10 began transition despite cruel media attention has turned eleven years old today. You can wish her a happy birthday on her facebook page and I know she'd love it if you would sign her petition asking the media not to kill anymore with transgender defamation such as "Tranny". (I don't know why the petition link isn't working but I'll find out, sorry) but she and her mother have made some great videos to watch. 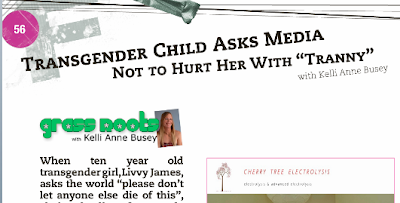 You can read about Livvy for free in Frock! HAPPY BIRTHDAY DEAR LIVVY!
Posted by planetransgender at 8:26 AM No comments: