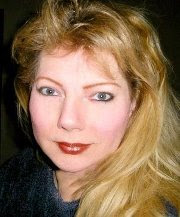 Christine contacted me on Facebook and asked that I share this victory because it's "such good news for our community". Her heartwarming request reflects her selflessness and love for our community.


Christine's case resulted in the Judge admonishing a health plan administrator for the United Parcel Service making it clear, in Minnesota transgender marriage is not a same sex marriage. Christina, is a post op transgender woman who has amended her legal documents to reflect her correct gender and because of that, according to the judge, she is a woman. Period.

When the United Parcel Service plan administrator counter sued alleging Radtke was not a real woman and fraudulently claimed benefits, the judge had enough and summarily ruled in favor of Christina and her husband.

Its rare we can claim a victory. Thanks to husband and wife, Christine and Calvin Radtke, we have this one to celebrate.

You can read the rest of the story at the Star Tribune.
Posted by planetransgender at 9:08 PM No comments: Links to this post