Madonna In St Petersburg Defies Kremlin! Are You Mother Fucking With Me?

Tonight in St Petersburg someone whom Putin's deputy diminutively described as a "Little woman" defied the St Petersburg Russian law forbidding gatherings LGBT people and asked thousands of wildly cheering fans, LGBT and allies, to raise there arms and show there pink armbands. 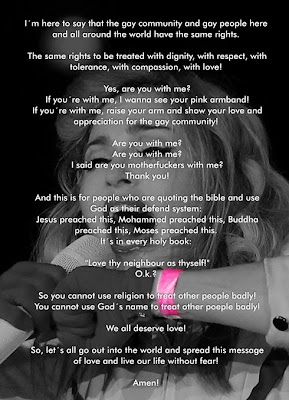 I'm with you Madonna. The world minus the haters are with you and sometimes its ok to say it, just say it. I'm with you motherfuckers. 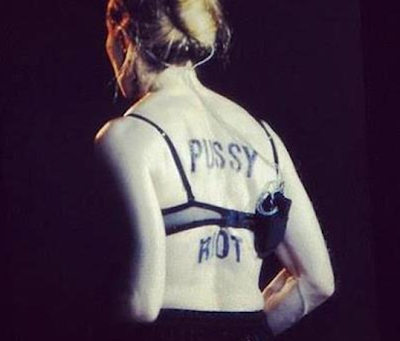 Posted by planetransgender at 9:21 PM No comments: Links to this post


Note from kelli: Trans people have for too long been victims in family court.
I wish I could turn the clock back 20 years to the time when society ripped my baby from me. I wish I had a family that believed in me and didn't reject me, a human services department that didn't hate me for being trans. I wish I still had Sean in my life. But times? They are a changing.

More at Advocate
Posted by planetransgender at 9:51 AM No comments: Links to this post

First-time director Noman Robin accidentally walked into a shockingly violent scene that propelled him into the movie making spotlight in his native Bangladesh -- and around the world.

Robin was at a mall as a hijra or transgender female was thrown first out of the men's room and then the ladies' room. As customers began screaming, security guards dragged her to the street and began beating her.

"What are you doing here?" shouted the guards. "I'm human! I need to go to the toilet," she replied.

Today, Robin's film, "Common Gender," exposes the shunned hijra -- transvestites, transgender -- who cling together in slums, rejected by their families and exploited by society that treats them as sub-human.