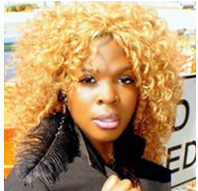 Then principal Thomas Amons takes retribution against Instructor Cequada Clark pictured right, and fires her from all of her other teaching positions. Being a Texan this makes me ill.

Source: The Advocate reports a cosmetology program for adults at a Texas technical school is canceled, according to The Examiner of southeast Texas, because it's illegal to bar an applicant for his sexual orientation.

Instructor Cequada Clark of the Taylor Career Center told the newspaper that the school's principal, Thomas Amons, had said he'd rather shut down the program than have "flamboyantly gay guys" included.

The Examiner reports that Kwmane Gray, 22, arrived at class and when the principal realized it, he consulted with lawyers about how to keep him out. The lawyers for the Beaumont Independent School District reportedly advised that it's illegal to ban an individual student just for being gay, so instead the principal shuttered the entire program, which had been running since 2009.

Clark, who told the newspaper she had been subsequently fired from her job, said the program had been used most often by single mothers who were trying to start a career.

A short video of today's protest shared on facebook by Vic Demented.

You can hear the few dozen protesters demanding principal Thomas Amons produce proof that he cancelled the program for lack of participation and you can see Fox News was there but as some on the facebook protest page have noted Fox is refusing to publish about the story having posted this on their Facebook page.

Instructor Cequada Clark responded on that same thread to Fox's contention she was not employed by the BISD:

"I have a BISD email I have a BISD w-2 form and a 1099 my name is in the book at the career center and the high school enrollment tutorial forms as a teacher. Am I on candid camera? I work as a paraprofessional -a high school tutorial- and I also was the teacher of the Adult cosmetology program. I have a copies of my time sheets."

In two days over 800 people who have signed the petition demanding proof as well. Will you?

Clark, who has headed the adult cosmetology program since 2009 at BISD, said, “Earlier this year, I learned he had a problem with gay guys while we were at the hair show in April.” Clark said at the hair show, Amons told her that he never wanted to see “flamboyantly gay guys” in the BISD program like the men enrolled at other programs competing in the event.

This may not be quickly resolved so in the meantime I hope all my LGBT family patronizes Cequada Clark's wonderful establishment. 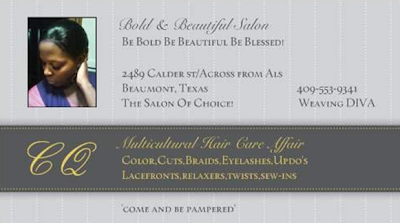 Posted by planetransgender at 4:45 PM 3 comments:

Mara Keisling of the NCTE broke bad on Anderson Coopers interview with Mandi a trans person who claimed her transsexualism resulted from the side affects of Propecia.

Cooper: "Look I have friends who are transgender(ed) and they all tell me these feelings don't come out of a bottle." to which Mandi replies 'ah yeah".

Cooper delves deeper trying to ascertain when his guest first realized her transsexualism and Mandi replied she knew first when she questioned her sexuality as a youth to which Cooper pointed out "gender and sexuality are two different things.

Mara offered a private 'appology' to Mandi McKee who posted it to Facebook calling for Keisling to make a public appology.

Mandi, I am so sorry that you interpret NCTE's recent activity around Anderson Live as being an attack on you personally. We were very careful not to even use your name or to say anything about you. Our complaint was with Anderson and his producers doing a show that they knew was just using trans people as a sensational ratings chaser. After watching the show, I am convinced all the more that they were willing to use you and transgender people to stir up emotions and ignorance about trans people.

Every trans person has a different story and NCTE is very serious about respecting that and even empowering many different stories. And you are welcome to conduct your search for meaning anyway you want. You are welcome to identify as trans or not. But it is not okay for a public personality like Anderson Cooper with a respected public forum like Anderson Live to risk spreading misinformation that could actually hurt trans people.

And I know how hard it is to decide whether or not to transition. I have felt the crushing and deflating depression and anxiety. You can't even know how much I personally wish you the best as you are going through that. It can be really hard, I know.

But our number one job at NCTE is to end the societal ignorance that really is the underlying cause of that depression and anxiety and marginalization. Framing the show the way they did and using you the way they did, was not good for ending that ignorance and we rightly spoke out.

Ah, yeah the premise of the interview was slightly absurd but....

I think we can all agree hypersensitivity to discussions of gender diversity inhibit media from further exploration which ultimately sets us back into obscurity.

Mara Keisling, Anderson Cooper was spot on debunking that misconception, you are guilty of being a sensationalist media hound.

Posted by planetransgender at 8:07 AM 2 comments: