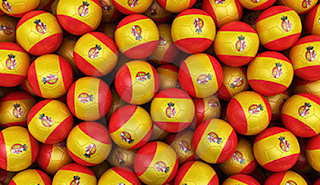 In what could only be seen as stereotypical reaction to attempts to make safe schools for transgender people the East Aurora school board has taken the following actions:

All but dismissed the board member who introduced the trans protective measures.

They justified this backsliding with the same reasons I have heard given time and time again while personally advocating for transgender protections.

The protections would 'cost too much' to implement.

The protections would infringe on cisgender students.

There were warned of potential legal ramifications.

Their lawyers needed time to establish criteria defining whom exactly transgender people are.


And the very worst reason of all...

Their are only maybe one or two out of the thousands of students who identify as transgender and after all, we haven't heard any complaints from them.

God. Its because they are terrified, silent afraid, closeted, desperate and near suicidal!

the East Aura School mirrors Mitt Romney's anti transgender actions in Massachusetts except he had the cojones to come out and give the real reasons:

"....May 11, 2006, when Romney decided, out of the blue, to shut down the Governor's Commission on Gay & Lesbian Youth, established by Republican Gov. Bill Weld a decade earlier to address LGBT youth suicide and strengthened by Weld's successor, Republican Gov. Paul Cellucci, to support a broad array of anti-violence and anti-bullying work. Beth Myers, Romney's chief of staff (and today a senior aide), called the chair of the commission, Kathleen Henry, and told her that Romney was issuing an executive order "revoking our existence" because he was offended by the use of the word "transgender" on letterhead where his name was on the sidebar. She told Henry that Romney would replace it with a commission focused on all the state's youth, and that they'd replace all the members of the commission."

Romney's hate is more important to him than our lives.

Sandra Conti is a mental health therapist who has lived in Aurora for seventeen years. Her son, who is transgender, goes to school in Aurora in District 204, which is east of District 131 and extends into Naperville.
She said her son has encountered some difficulty with students and teachers at school, but she believes he’s had an easier time because of her advocacy.

“The frustrating part for me are adults who do nothing,” she said in an interview at the home of a friend. “In my school they do attend to it, but I’ll be honest, I think they attend to it because I’ve been so active in the school district.”

While Conti’s son has chosen to stay at his school despite some difficulty, she says bathrooms, locker rooms, and pronouns were all issues at first. Before he came out and was given access to a private locker room, she said, “he was to the point where I worried about suicide.”

My question is this: Will the good people of Aurora allow the boards hate to override their schools children's welfare?

Lives are at stake.


Posted by planetransgender at 9:37 AM No comments:

Transsexuals Are The Same As Drag Queens Before $25,000 Surgery: Rupaul 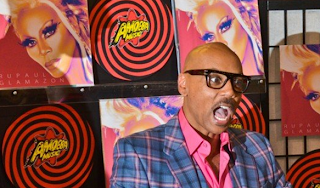 The idiot in pancake makeup is at it again.

It was by some unfortunate circumstance long ago before trans people got a voice in the matter, drag queens sahawed their purfumed selfs up under the trans umbrellas. One Drag queen a particularly nasty man has done it again. The next offensive? A quip on the October 29th Drag Race episode by RuPaul:


Comedienne Vicki Lawrence asked, “Hey Ru, what’s the difference between a drag queen and a transsexual?”

Matting of makeup and hitching your penis between your legs for a occasional night of fun at others expense doesn't make you trans, it just makes you an obnoxious man in a dress. That's all. Being in drag for a few hours doesn't give you the right or even the life experience to speak for trans people.

For all his denials Rupaul knows perfectly well how hurtful 'tranny' is. He used the pejorative to lash out!

It's not OK to defame, bully or denigrate others. Not in small groups and certainly not on the world platform that RuPaul has.

Yes, I am lumping all drag queens into this mess.

Its your dirt, your community, you don't like Rupaul's self promotional hurtful stunts? Then grow a pair, stand against the stream, identify yourself and say something to Rupaul about it. Elevate your drag community above that sort of rhetoric.

Posted by planetransgender at 8:28 AM 2 comments: