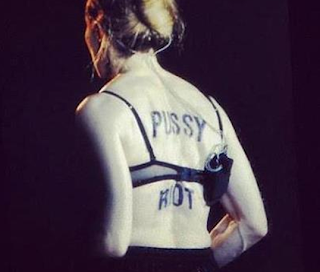 ...for laughing. You remember the Moscow and St Petersburg concerts this summer when Madonna stood up for Pussy Riot and gay people. She was slapped with a 10 Million dollar lawsuit by Christian hate mongering fundamentalists much like Illinois Family Institute. They claimed this performance basically emasculated a entire generation of Russians.

That sent the typically stoic machismo Russian media present into fits of laughter because really, Madonna was pretty fucking hot. Really hot. Well, in case you haven't heard the Judge tossed the lawsuit.

November December's Frock and Roll for Your Pleasure:)

Click that little square ^ up there for a full screen

Posted by planetransgender at 1:03 PM No comments: Links to this post

Uganda Kill Transgender Bill Is Up For A Vote. AGAIN


The kill gay bill  is on the way to the Ugandan Parliament, again. 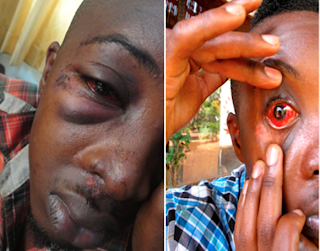 "They beat her to a pulp". Not a totally uncommon tragedy worldwide for transsexuals but what makes the situation untenable for transgender Ugandans is receiving medical care afterwards is nearly impossible.This is how bad the situation is for trans Ugandans before a draconian Kill LGBT bill.

The bill in it's previous versions included language demanding the death penalty but according to Melanie Nathan  that provision might have been removed. However it would still mandate life in prison for people convicted of "Aggravated Homosexuality". Important to note, footage of the LGBT people in the below video is old and totally out of context to the current situation in Uganda.


This Bill's provisions are draconian. Among them, the Bill states that:

“Any parent who does not denounce their lesbian daughter or gay son to the authorities would face fines of $2,650 or three years in prison”

Similarly, the Bill threatens to punish or ruin the reputation of anyone who works with the gay or lesbian population, such as medical doctors working on HIV/AIDS, Civil Society leaders active in the fields of sexual and reproductive health; or even religious leaders providing guidance and counseling to people who are unsure of their sexuality or any other consultations. There are claims that the bill has been watered down, however we reiterate our position that we condemn this bill in its entirety.

The existing law has already been employed in an arbitrary way, and this Bill will just intensify that effect. Since it’s first reading, increased campaigns of hate have continued uncontrolled. The violence directed at homosexual Ugandans has resulted in the unwarranted arrests of many people and closure of educational workshops for LGBT persons. We have documented about 17 cases in and outside various courts all over Uganda. These acts of violence have now resulted in murder and suicide of LGBT Ugandans. SMUG’s Advocacy and Litigation Officer David Kato who was brutally murdered at his house in January 2011.

The reality is the Government with the encouragement of American Christians are using us as scape goats to distract and encourage a willing disgruntled majority to hate on our minority while they profit from the rape of their own county's children.

We are acting globally again but without your voice we are one less. Please sign the Petition AND Share.

I love you for doing that. Thank you family.

Posted by planetransgender at 12:32 PM No comments: Links to this post