Transitioning At the Inauguration 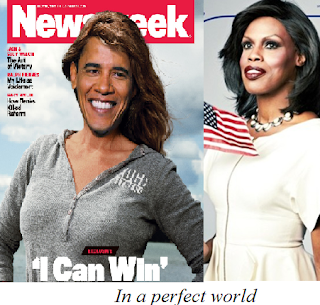 Will Obama's inauguration be the queerest ever now that he has chosen a transgender and gay affirming Latino priest for the Benediction?

Nope. Not unless President Barack Hussein Obama II uses the occasion to come out as gender gifted.

There was a gay president.

Although James Buchanan never came out he was in a long term relationship with another man.

Then there's GW Bush who reached out to the same LGBT affirming priest for his inauguration but I don't thing W will ever come out.

Personally I think Michelle Obama would rule if she stood in support alongside the 45th president during her announcement she is transitioning starting at the inauguration.


Posted by planetransgender at 8:28 PM No comments: Links to this post 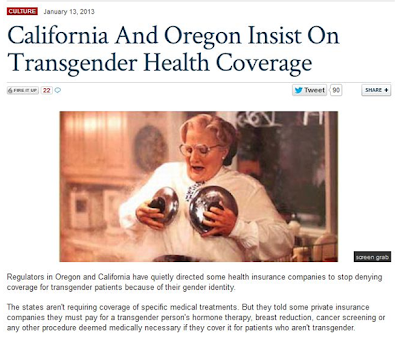 The Fox Nation website has since removed this picture of Mrs. Doubtfire holding two pans to her chest to belittle trans health care needs but the damage has already been done.


Posted by planetransgender at 6:39 AM No comments: Links to this post