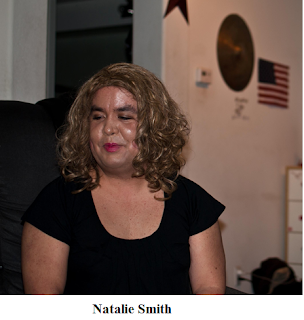 Saddleback College (commonly referred to as Saddleback) is a community college in Mission Viejo, California. As a part of the California Community College system Saddleback is required to abide by Callifornia Sate law The Gender Nondiscrimination Act (AB 887) which specificaly applies to secondary schools that receive public funds.

According to the Saddleback student news paper Lariat NewsNatalie Smith a transgender student, was told by campus police that she would be arrested for using the woman's restroom in the girls locker room late January at the beginning of the semester.

"Wilkinson said that once Smith completes her therapy requirements, undergoes surgery to become a transsexual, and carries official documentation then she is more than welcome to use the woman's restroom." 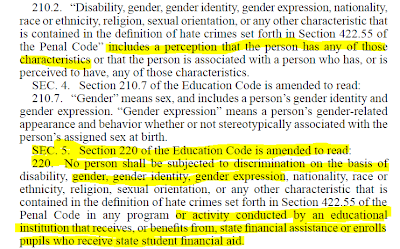 Saddleback college is clearly violating the law but the damage doesn't stop there. The Lariet article by putting Natalie's name in parentheses suggests her name is less than authentic then goes on tho make public her birth name a number of times, outing her and putting her at grave risk.

Posted by planetransgender at 11:07 AM No comments: Links to this post