The Table is Set: A Teen "Son" Tells her Mom She's Really A Girl. ABC's What Would You Do?


Posted by planetransgender at 8:58 PM No comments:

Kenyan Teen arrested for being Trans is Facing New Charges 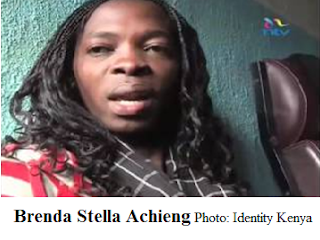 In 2012 Kenyan transgender teenager Brenda Stella Achieng was arrested for Pretext/defamation of character after her employer on the Nyamasaria estate discovered she is transgender. According to Identity Kenya.com she was treated very badly during the arrest. Brenda was paraded about the city and while awaiting trial and held in solitary in a mens prison.

Since then Changing Attitudes has received a report from Brenda's hearing confirming that those charges were dropped. 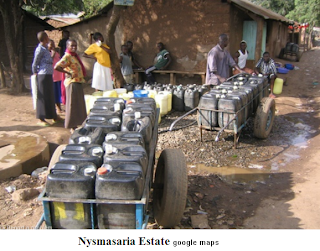 A couple of months after she was fired the family Brenda worked for had her arrested again for allegedly stealing cell phones from their home. But those charges are extremely suspect according to Voices of Women in Western Kenya (VOWWEK) and Jinsiangu because of how long it was after her dismissal that the charges were filed.

But more than likely these recent charges against Brenda were motivated by hate, just like the previous ones.

I have reached out to Idenity Kenya for more information to update this post with.

So its a call to the worlds bloggers and journalists and activists to publish about our family in African, especially Nigeria, Uganda and Brenda's country Kenya. We care about you. You are our family.


Posted by planetransgender at 6:52 PM No comments:

There has been a shocking increase in reported murders of trans people worldwide over the past years. There are many reasons why these numbers have jumped, but the number one reason is us.


We are rebels living our gender revolution. In many countries such as Canada our right to life to larger degree is respected. That has come about through decades of effort and sacrifice which is not to say the battle is over in Canada.

In the US, like many European countries, we have found marginal success. The US still holds the distinction as a leader in the numbers of murdered, many being victims of unemployment, drugs and prostitution by no fault of there own. Much of the progress there is localized but the domino effect of perceived acceptability helps us in neighboring states.

South America is currently on the cutting edge of the transgender sword. There have been unconscionable amount of trans murders of our southern community in the past years and it seems as if this sad trend is continuing unabated.

Many factors contribute to the numbers. One, our sisters and brothers are openly transitioning despite north American's religious rights increasing presence and influence. Two the drug wars, fueled with US dollars places many of our family directly in the line of fire.

There's no language barriers so when we are murdered in South America the world knows it.

Africa has one of the fewest reported trans murders. Again there are many reasons. Most of Africa's social climate does not allow for a person's gender to be perceived as anything other than cisnormal. In some countries such as Uganda it's a death warrant. Again, there is not many reported murders because the press won't even acknowledge us when we are alive, let alone dead.

Russia has two reported murders. Vladimir Putin and his partners in the Orthodox Church have crushed the trans community throwing our progress back centuries. This is particularly disheartening to me personally as a former cold war soldier. It has taken years of beating of LGBT activists by police to attain that brief visibility, now they are being cut off from the rest of the world, again.

The subcontinent. India's trans population is struggling mightily against embedded societal bigotry and they are winning. Neighboring countries trans populations seem to have more work to catch up.

China has only six reported murders but that can be attributed to there being so very few who have dared to transition in the country. Combined with state censorship and little access in the world wide Internet leaves our family's progress there in a perpetual stall.

Oceania apparently is leading the world in the battle against transphobia. There have only been four reported murders in this region with such excellent access to media.

So there are many contributing factors worldwide that lead to the incredibly high numbers of trans murders, but none more so than our willingness to take the risk, to put our lives on the line so the next genderations may thrive.