Eyewitness have come forward after seeing a transwoman assaulted in Soho by police. Although this video may not show explicit police brutality apparently there was much more happening since numerous complaints have been filed. A crowd estimated at 100 people gathered and begun yelling for the police to stop after they knocked her wig off, tore her purse from her scattering the contents, pounding her head into the pavement while they stood on her twisting her arms behind her back shouting at her she wasn't 'normal'.

'The victim then had her wig ripped from her head, her handbag and purse literally emptied out on the road, so her personal belongings were damaged and scattered around her.

'Meanwhile police officers mocked her for her dress and having feminine items items in her handbag shouting at her: "You're not normal! We'll let you get you up in a few minutes but you need to act like a normal human being."

H/T to Kelly for this story.

Posted by planetransgender at 5:30 PM No comments: 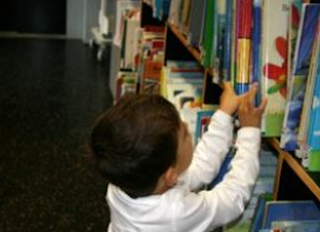 The headline of Starnes article is a lie. There is no wording in the new policy mentioning disciplinary actions of any kind.

Todd Starnes writes "The new rules would also prevent teachers and administrators from telling parents with which gender their child identifies."

That's a lie. According to the MassachusettsNondiscrimination on the Basis of Gender Identity the school will be empowered to formulate a plan with the student to inform others that is in the best interest of the student providing the student is over the age of 14 or has entered the 9th grade. If the student is younger than that the students parents should be automatically be brought into the conversation to help formulate the plan.

Fox used the vitriol of a hate group to validate this hate filled screed:

"The Massachusetts Family Institute denounced the new rules calling them a violation of privacy."

"Beckwith told Fox News the new policy has a “very broad standard that is ripe for abuse.”

We hear this tripe from haters, the door will be left open for predators. What a heap of trash.

Here's what the new policy says about public accommodations:

Fox isn't done with Beckwith yet pandering to the fears of haters saying:

"And any student who refuses to refer to a transgendered student by the name or sex they identify with could face punishment.

For example – a fifth grade girl might feel uncomfortable using the restroom if there is an eighth grade transgendered boy in the next stall.

Under the state guidelines, the girl would have no recourse, Beckwith said.

“And if the girl continued to complain she could be subjected to discipline for not affirming that student’s gender identity choice,” he told Fox News."

“It should not be tolerated and can be grounds for student discipline,” the directive states

That is a bold faced italicized lie.

Again the policy was posted earlier in the article. There are is no mention of discipline or course of actions laid out if and when a child's gender expression is challenged.

Then gym came up. the directive suggests:

So there it is. You can read the full Fox screed Here.


Posted by planetransgender at 12:55 PM No comments: 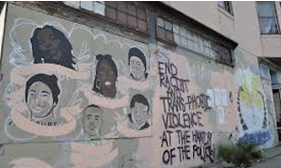 Kenneth Furr the drunk and probably drugged cop who tried to murder two trans woman and three friends is appealing his conviction of off-duty assault with a dangerous weapon and solicitation of prostitution. Furr was sentenced to three years and 30 days in prison, 100 hours of community service and fined $150.00.

I was livid after the judge suspended the sentence placing Furr on three years probation fearing Furr and others would interpret that slap on the wrist as tacit approval by the Judge of his murderous intent.

The DC Trans Coalition was outraged issuing a statement regarding Furr's original sentence: “This result is the product of a legal system that constantly devalues trans people’s lives,” said DC Trans Coalition member Jason Terry. “Officer Furr’s defense team actively sought to portray the victims as somehow deserving of this violence, and apparently they succeeded. If roles had been reversed and a trans woman had gotten drunk and flashed a gun at a police officer, the results would be drastically different.” It is important to note that Furr was convicted only of flashing a weapon at two gay men involved in the incident, not for shooting at the trans women and others involved.

Furr has no remorse for attempting to murder those transgender woman and has much to my astonishment, filed an appeal.

Jason Terry of the DC Trans Coalition was unaware that Furr was appealing and told Metro Weekly:

'I think this reaffirms the suspicion that Kenneth Furr remains a threat to our communities, and lacks both the remorse and self-awareness necessary for people in our communities to be able to feel they can safely go about their lives,'' Terry wrote. ''Somehow Furr and his legal team keep making him out to be the victim here, and that's just not a narrative that we can allow to stand.''

Terry said he hopes that if Furr's sentence somehow ends up being revisited, the appellate court will mandate ''some sort of transformational justice process, so that Officer Furr, his victims and the impacted communities can find a path forward, free from continued fear.'

It's my hope the Judge will revoke his suspension and put him behind bars were he should be.


Posted by planetransgender at 10:50 AM No comments: