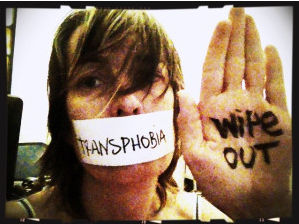 Text from the petition begun by the international group Wipe Out Transphobia calling on the worldwide trans community to stand with our Turkish family.

"The transgender* human rights record for Turkey is only second to Brazil. In the past 12 months 4 trans woman (travesti) in Istanbul have been brutally murdered. The last murder was less then a week ago and the victim (name yet to be released) passed away in hospital on the same day as a protest rally protesting the eviction of 20 trans woman from their group houses in the Mis area of Istanbul Turkey."

:The Taksim Police in particularly have been instrumental in keeping this poor human rights record at an all time low and should be made accountable on the world stage." 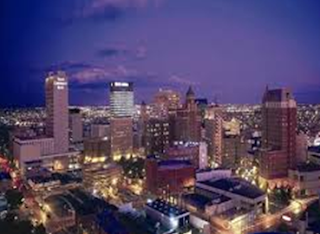 May 11th voters in El Paso will go to the polls to decide if the city's employees fair treatment policy should migrate from city ordinance to become part of it's charter. Most Texan cities have accomplished this step in one form or another, but there are opponents to this move in El Paso.

The council of churches have been very vocal in there opposition citing these three reasons, warning of terrible consequences should this 'new' amendment be approved:

1. "Immutability". The Council says because ones sexual affinity may change during ones life time affording a person who is attracted to the same sex equality is unreasonable and unfair.

2. "Freedom of Speech". The council isn't concerned about there right to say what they want inside there churches. They are worried if a person attacks a LGBT person verbally while on the the towns time that person could be disciplined.

3. "Privacy": "We are also concerned that men who claim to be transsexuals, whether true or not, could use the amendment to enter the women's restrooms on city grounds."

I will address each of the Council of Churches concerns.

1. The Council of churches has stated in so many words that they are opposed to homosexuals if nothing more than the fact they are homosexual. And yes there are bisexual transsexuals myself being one. I have a reasonable expectation of fair treatment regardless of whether I am dating a man or a woman just like a purely homosexual or hetroesexual person does.

2. By admitting your concerns your freedom to intimidate in the workplace may be curtailed you have made a best case for protecting our minority.

3. The bathroom meme is a fallacy, a disproved fear mongering tactic. There has never been a case where a pervert stated in a court of law, he felt empowered when before he didn't by a ordnance affording public accommodations provisions to transgender people. Ever.

Furthermore good council of churches, the amendment makes no mention of public accommodations. This just Fear mongering in its purest sense.

Incredibly given the council of Church's dire warnings the sky hasn't already fallen. 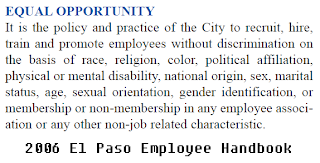 El Paso's city Trans employees have been enjoyed equal opportunities since 2006 and people in domestic partnerships have been receiving benefits since 2011, the same ones that this amendment will codify.

I asked El Paso Council member Susie Byrd if LGBT people are already were covered by the city, then why a vote? Council woman Byrd explained "we are asking the voters to make fair treatment of all people, not just LGBT folks, part of our cities charter insuring this practice continues"

But not everyone is please especially an affiliate of the infamous alliance defending freedom Pastor Brown who's church's anti LGBT political activities were investigated by the DA in 2011.

Brown says because the amendment includes transsexuals that woman would lose there privacy "Men who claim to be transsexual whether they are or not, can go into a women's restroom and we don't think thats right."

El Paso council member Susie Byrd responded to Brown: "I think that pastor Brown has a unique obsession which creates a lot of odd delusional thinking."

She says the amendment basically says you can't discriminate based on sexual orientation.


Posted by planetransgender at 6:47 PM No comments: Links to this post