HRC bullies a trans flag waver "Out of the picture" at the Supreme Court Marriage Equality Rally and tells a queer dreamer not to talk about his life experiences.

Jerame Davis, executive director of National Stonewall Democrats, posted on Facebook he saw a person he knew to be a HRC staffer hounding a person demanding that their transgender flag be taken down.

“I was there. I saw this happen,” Davis wrote on Wednesday on facebook. “It was only the HRC reps asking for the trans flag to be moved. If they’d only asked once, I’d have given them a pass, but they continued to harass this person over a flag.”

" “It was agreed that featuring American flags at our program was the best way to illustrate this unifying issue which is why when managing the area behind the podium, several people were asked to move who were carrying organizational banners, pride flags or any other flag that was not an American flag,” the statement read. “Several people refused and they were allowed to stay. The coalition welcomed the variety of signs and flags that were throughout the plaza that demonstrated the wonderful diversity of our community.”

HRC added, “It is a not true to suggest that any person or organization was told their flag was less important than another — this did not occur and no HRC staff member would ever tolerate such behavior. To be clear, it is the position of the Human Rights Campaign that marriage is an issue that affects everyone in the LGBT community.”

Thursday Davis posted on Facebook "HRC is mishandling this situation. While not directly, they are essentially calling me and John M. Becker liars when we were actually direct witnesses to all of this occurring, unlike the folks putting out the statement."

"No other flags were asked to be removed from the shot. There were pride flags, American flags, and marriage equality flags all on display. I had a flag of my own. And at one point, organizers directed a person with a pride flag to block someone who was hijacking the media with pictures of dead young gays who were victims of discrimination."

"It disappoints me greatly that HRC has chosen the circle-the-wagons-and-deny tactic once again when there were multiple witnesses to what happened. Shameful."

"Thursday.Jerame and I attended the rally together and as he pointed out earlier today, both of us saw this happen. I cannot verify the word-for-word accuracy of the quote in this blog post as I was just out of earshot in that loud and exciting envir...onment, but regardless of whether the words spoken were as blunt as the writer alleges or couched in nicer-sounding language, the sentiment and intent were unmistakable. This greatly dismayed me and others nearby, and we affirmed the flag holder and encouraged him to stand his ground. I'm so glad he did."

"I'm sure the staffer was acting out of a misplaced sense of caution in that excruciatingly high-pressure environment -- and I'm equally sure it was not HRC's intent to exclude or deeply offend, but regardless of the circumstances, people *felt* excluded and *were* deeply offended. HRC really should apologize for this regrettable incident before it casts any larger a shadow on an otherwise beautiful event."

"Since the conclusion of the rallies on Wednesday, the coalition has learned about the mistreatment of a few individuals who were attending and speaking at the rallies. In one case, a queer undocumented activist was asked to edit his speech to hide part of who he is. In another case, several activists were asked to lower the trans* pride flag in order to keep out of the scope of TV cameras.

We apologize for having caused harm to the individuals involved. Apologies are being made individually and collectively and we are working to make direct amends.

The trans flag waver that HRC bullied has since come forward after this article was published to explain exactly what happened that day.

Arredondo, a gay undocumented queer was selected to speak on the group’s behalf. He said that prior to getting on stage, someone from the Human Rights Campaign revised his speech.

“I was told not to share the reality of what it means to be an undocuqueer immigrant in this country,” he says in the video.

Imelda Plascencia, another QUIP member, also appears in the YouTube video. She says the experiences that LGBT people who are undocumented “are not acknowledged but rather continue to be pushed into the closet and excluded from dominant narrative.”

“It is not enough for LGBT communities to say that they are in solidarity with our struggle,” Plascencia says in the video. “Solidarity is love reflected through actions and support.” 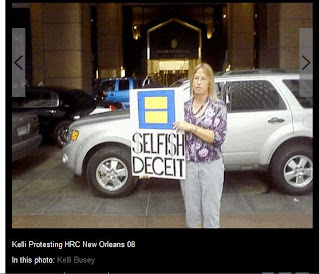 It's crucial that our queer trans dreamer community does not allow ourselves to be assimilated, bullied, coerced or threatened by HRC. Our movement is not defined or owned by rich white gay men. I cut my teeth protesting HRC in the South West, failed bargaining with Joe Solmonese personally one morning, and was rewarded with a half dozen horse mounted police and a dozen other cops at his bequest hounding us step for step at the Houston Gala protest.

Fuck HRC. Like a former leader of a major LGBT advocacy group told me once "Fuck them. They'll tell you one thing while screwing you over. Don't tell me you're my friend while you're steady fucking me over."
It was an amazing rally. The first video is artistic and draws our emotions so quickly I wanted to share.

The CSPAN video is three hours long. There are so many amazing speakers it's well worth the time.


Posted by planetransgender at 7:54 PM 2 comments: Links to this post 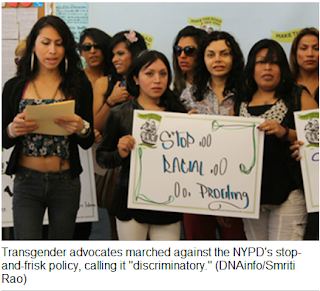 FIERCE held a press conference at the courthouse where the NYPD are on trial for their unlawful Stop and Frisk policy. The NYPD is intent on erasing of transgender people from the city by targeting trans youth of color with continuous public humiliation, threats and assaults ultimately forcing them to make a choice.

As a white trans person, if I was faced with this intolerable life and death situation I would have two options. Conform to the rigid gender binary or leave the city. Trans and queer people of color are left with one choice. The NYPD under the direction of their masters are committed to erasing trans people of color from the city and failing that, gendercide.

Transcript from the FIERCE video:
"...but whose quality of life are they protecting? The reality of our lives as queer and transfolk of color speaks truth to the fact that we are excluded from the 'us' we speak of and the NYPD has no interest in serving and protecting our communities. It excludes us when trans bodies cannot walk down Christopher St. w/o being profiled for being sex-workers b/c they have a condom in their pocket; when a group of queer POC standing on a corner is easily mistaken for being a gang; when black and brown bodies are viewed as violent just b/c of the color of our skin; when we see and hear about our people being killed due to state violence."

"The NYPD has used their power to try and erase us, to keep us silent and to keep our stories from being talked about and heard. Ours are the stories that go unheard and we have been hidden in the statistics for far too long. I'm here today to not only share my story with you, but to tell all of you that these are the stories of many black and brown queer and trans."

"To let everyone know that walking while trans, queer, black and or brown is not a crime."

"I am not the first from the community to be targeted and mistreated by the NYPD and I surely won't be the last. And that is exactly why FRIECE fights everyday to make sure the West Village, a historical safe space for the LGBTQ community remains a safe space for LGBTQ POC."

"In the W. Village we've experienced years of gentrification which has meant the pushing out of our community, policing and more profiling of trans youth and decreased access to public space."


Posted by planetransgender at 9:04 AM No comments: Links to this post 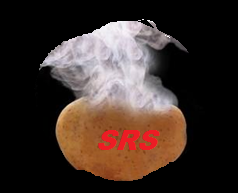 Thursday morning Medicare and Medicaid Services (CSM.gov) unilaterally began asking for public comment on changing its policy for Gender (sexual) Reassignment Surgery with the goal of possibly having Medicaid fund those surgeries. It seems the good people at Medicaid realized their rational for disallowing SRS was irrational.

Presently GRS is not covered by the ancient CMS.Gov policy because:

But the link to the comments didn't work and we assumed it was just SNAFU, but thats not what happened...

Just hours after beginning the 30 day comment period Medicaid changed there minds about asking for public comments and took the link down.

one RED HOT haters POTATO to the Medicade comment section.

Mara Keisling of the NCTE messaged me moments after the last post went up and said there is a better process in place now.

"a spokesperson said Friday evening that the proposal has been withdrawn. HHS pulled information from its website Friday after various news media outlets reported on the issue."

"The controversial decision to consider using taxpayer money to cover sex changes was sure to attract criticism from Congress."

"An HHS spokesman said HHS' Departmental Appeals Board is weighing a challenge to the department's ruling that sex-change procedures are experimental and should not be covered by Medicare and Medicaid. While that challenge works its way through the system, the Centers for Medicare and Medicaid Services has withdrawn its proposal to reconsider the coverage policy on its own."

Posted by planetransgender at 12:48 AM No comments: Links to this post